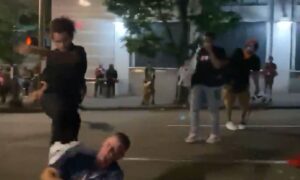 US Attorney Fears Violence in Portland Could Turn Deadly
0 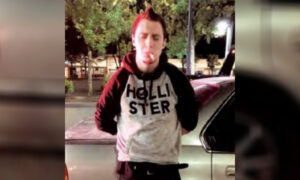 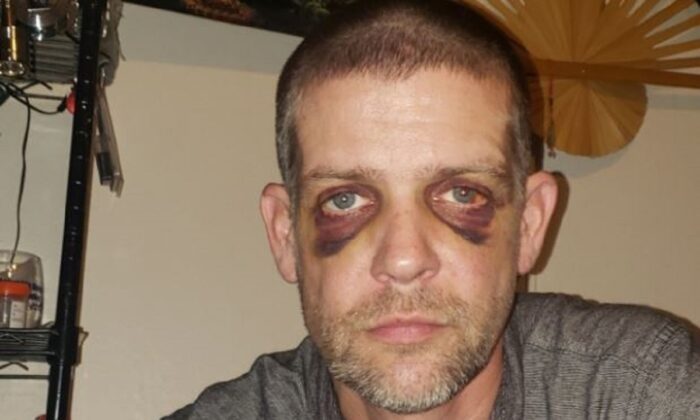 Adam Haner, who was assaulted in Portland, Ore., over the weekend, in an photograph taken on Aug. 20, 2020. (Adam Haner Fund/GoFundMe)
US News

Portland Assault Victim Believes He Was Attacked For Being White

The man who was recently beaten in Portland until he lost consciousness suggested he was targeted in part because of his race.

“I wasn’t the enemy, I’ll tell you that. I was just the guy standing there, and I was white, evidently,” Adam Haner told KATU.

Haner was among a number of people brutally assaulted in downtown Portland on Sunday night.

Witnesses told The Epoch Times that those responsible for the assault and several others were Black Lives Matter activists. A number of the assailants used language that supported that version of events.

Haner said he was in the area to go to 7-Eleven to get a drink when he saw a transgender female being attacked.

Video footage showed the person having her bag stolen and being punched several times.

“I wasn’t trying to do anything but get a drink,” Haner said. “But there was a confrontation going on there, and I ended up in the middle of it.”

Haner told Fox 12 that people in the crowd called him a white supremacist before he was beaten.

Marquise Love, 25, was identified as the man who kicked and punched Haner repeatedly.

Love posted a picture wearing a “Black Lives Matter” shirt and said he attended a protest for the movement last month. His Facebook profile was taken down this week.

Love, who was wearing a “security” vest while allegedly committing the assault, was employed by Star Protection Agency as an unarmed security guard from January to March of this year, the firm said in a statement. The tactical vest isn’t from the firm.

Police officers are still looking for Love, who hasn’t heeded calls to surrender himself.

Haner told KATU that he’s not seeking vengeance and that karma will take care of Love, either through the justice system or in another way.

He suffered numerous injuries, including several broken ribs, a retina that may become detached, and lacerations on his head that required stitches.

Police officers are still looking for the transgender female to ask her questions about what happened. On Thursday night, detectives released a photograph showing a man they say is a witness in the case.

The shocking nature of the violence—even in the context of near-nightly riots—was enough to elicit strong condemnations from a range of city and county officials.

Multnomah County District Attorney Mike Schmidt, whose office is declining to pursue some charges against demonstrators, issued a statement condemning the assault, as did the Mayor and Police Commissioner Ted Wheeler and Commissioner Jo Ann Hardesty.

U.S. Attorney Billy Williams said he was sickened when he watched the video and fears someone will be killed if the unrest isn’t quelled.

Unrest has continued on a near-nightly basis since May 28.

Wheeler and his office haven’t returned a series of emails seeking insight into what plans are being considered to end the violence.

Police Chief Chuck Lovell said Wednesday that the solution is having “a critical mass” of people denouncing the criminal activity and broad support for police, as well as “elected officials and people in positions of power coming together in support of the real change.”

He said these people have to come together “against those who continue to feel empowered to act in a way that devalues our City with every brick thrown, every fire lit, and every crime committed.”