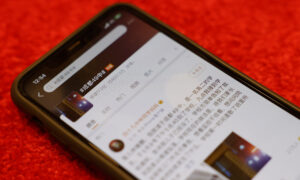 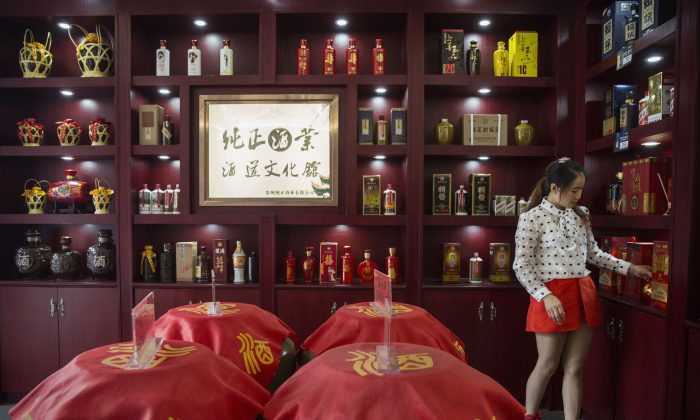 A Chinese woman works in a shop selling locally made wine called baijiu in Maotai, on the Chishui River, in Guizhou Province, China on Sept. 24, 2016. (Kevin Frayer/Getty Images)
China Society

Xifeng, one of China’s four most famous brands of liquor called baijiu, could be unsafe for human consumption, according to test results that showed excessive levels of toxic chemicals.

The product of Shaanxi Xifeng Liquor Group contained plasticizers in amounts that were about three to four times the government’s standard for safety. Plasticizers are polymer material additives widely used in the liquor industry, but also found in plastics, concrete, drywall materials, cement, and gypsum. Excessive amounts in food can cause serious damage to the liver, kidneys, and reproductive system. It can cause miscarriages, birth deformities, and even cancer.

The plasticizers are 20 times more toxic than melamine, according to Sun Yixi, a professor at the Institute of Food Research at Taiwan University. In 2008, infant formula tainted with melamine affected 300,000 babies in China; about 54,000 were hospitalized because of kidney damage, and six died in the hospital.

The level of DIBP was 1.44mg/kg, which exceeded the allowable standard of 0.5mg/kg, while DBP was shown to be 1.02mg/kg, well above the standard of 0.3mg/kg, according to a Nov. 7 report by Shanghai International Liquor Trading Center.

Shaanxi Xifeng said the baijiu in question was produced in May 2012, before China had set its standards. The company said that dealers and consumers can exchange the item—which has been recalled—for a 1915 vintage Xifeng, which is 55 percent alcohol by volume, or the company will buy it back at the manufacturer’s price.

China’s Tencent QQ’s online news reported that Shaanxi Xifeng is allowing consumers to return the recalled product and get a refund of 308 yuan ($44) per bottle. The consumer can also exchange their baijiu for a new edition for 1,299 yuan ($187). However, baijiu is selling more than 800 yuan ($115) per bottle in the market.

Baijiu is a type of Chinese liquor made from grain. In 1952, the Chinese regime listed its four most famous brands: Fenjiu, Maotai (Moutai), Luzhou Laojiao, and Xifeng. Xifeng is produced in Fengxiang county of western China’s Shaanxi Province, and made of sorghum, barley, peas, and spring water.

The Xifeng issue isn’t an isolated incident, since food safety is a major concern in China, and Shaanxi Xifeng isn’t the first baijiu producer to be ensnared in a plasticizer scandal. In November 2012, liquor produced by Jiugui Liquor Company had a DBP content of 1.08mg/kg, well above allowable levels.

The association said in a statement that no plasticizer is generated during the fermentation process. However, the plastic containers, plastic pipes, plastic lids of the alcohol tanks, and the plastic packaging likely all release plasticizer into the baijiu.

Other baijiu makers add tackifier, a chemical with plasticizer content, to their product to make it look better.

Following the melamine infant-formula scandal, gutter oil was discovered to have been used in some restaurants around China.

In addition, farmers are said to use many chemical products on their animals, seafood, and crops.

The Shanghai hairy crab, also called the Chinese mitten crab, is one of China’s prized delicacies. In September of 2012, The Epoch Times reported that Jiangsu Crab Farm fed their crabs hormones, contraceptive pills, and antibiotics to increase their size boost their price.