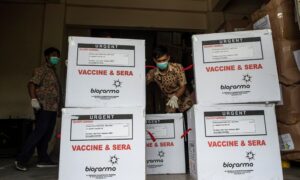 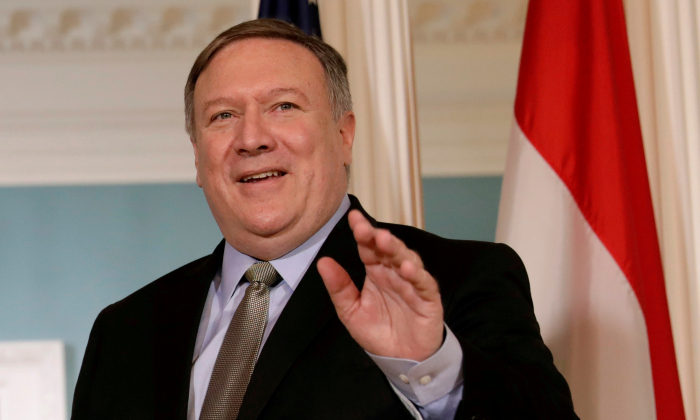 U.S. Secretary of State Mike Pompeo waves to the media before his meeting with Egyptian Foreign Minister Sameh Shoukry at the State Department in Washington, U.S., August 8, 2018. (Yuri Gripas/Reuters)
World

WASHINGTON–U.S. Secretary of State Mike Pompeo said on Sept. 12 that he certified to Congress that Saudi Arabia and the United Arab Emirates were working to reduce civilian casualties in Yemen, avoiding a limitation on U.S. help for its ally Saudi Arabia.

Without the certification, U.S. tanker aircraft would have been restricted in the refueling of Saudi-led coalition aircraft conducting strikes against Houthi rebels backed by Iran.

The three-year-old war in Yemen, widely seen as a proxy battle between regional rivals Saudi Arabia and Iran, has killed more than 10,000 people.

Pompeo said in a statement he advised Congress on Sept. 11 that “the governments of Saudi Arabia and the United Arab Emirates are undertaking demonstrable actions to reduce the risk of harm to civilians and civilian infrastructure resulting from military operations of these governments.”

A number of factors underpinned Pompeo’s decision, including the Saudi-led coalition’s admission of blame and agreement to compensate the victims of an Aug. 9 air strike on a bus that killed dozens of people, including 40 children, a State Department official said.

The coalition also has pledged to hold accountable those responsible for the air strike, while Saudi Arabia and the UAE have continued supporting U.N. efforts to find a political settlement to the conflict, said the official, who requested anonymity.

U.S. lawmakers, concerned about a growing humanitarian disaster in Yemen, required Pompeo to certify by Sept. 12 that the Saudis and the UAE were taking meaningful measures to reduce civilian casualties and allow humanitarian aid deliveries.

Saudi Arabia is leading a Western-backed alliance of Sunni Muslim Arab states to try to restore the internationally recognized government of Yemeni President Abd-Rabbu Mansour Hadi, ousted from the capital Sanaa by the Iran-aligned Houthis in 2015.

An attempt to convene U.N.-mediated peace talks in Geneva collapsed last weekend after the Houthi delegation failed to show up for three days.

The Pentagon believes that its assistance, which includes refueling coalition jets and training in targeting, helps reduce civilian casualties.