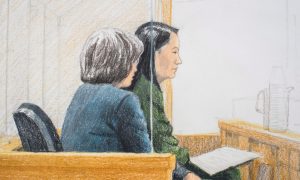 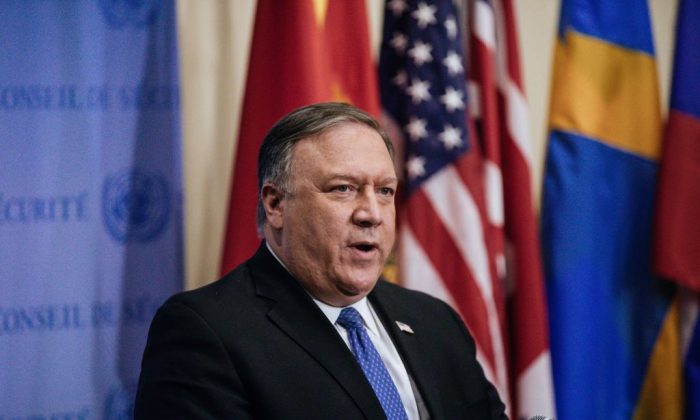 Pompeo Says Cooperation With Israel Over Syria and Iran to Continue

BRASILIA—U.S. Secretary of State Mike Pompeo said on Jan. 1 that the United States would continue to cooperate with Israel over Syria and in countering Iran in the Middle East, even as President Donald Trump plans to withdraw U.S. troops from Syria.

Israeli Prime Minister Benjamin Netanyahu said as he met with Pompeo in the Brazilian capital that he planned to discuss how to intensify intelligence and operations cooperation in Syria and elsewhere to block Iranian “aggression.”

In his first public comments on Trump’s decision, Pompeo said it “in no way changes anything that this administration is working on alongside Israel.”

“The counter-ISIS campaign continues, our efforts to counter Iranian aggression continue, and our commitment to Middle East stability and the protection of Israel continues in the same way it did before that decision was made,” he said.

Trump announced last month that he planned to withdraw U.S. troops from Syria, declaring that they had succeeded in their mission to defeat the Islamic State and were no longer needed in the country.

“We have a lot to discuss,” said Netanyahu, who like Pompeo was in the Brazilian capital for the inauguration of Jair Bolsonaro as Brazil’s new president.

“We’re going to be discussing our, the intense cooperation between Israel and the United States which will also deal with the questions following the decision, the American decision, on Syria and how to intensify even further our intelligence and operational cooperation in Syria and elsewhere to block Iranian aggression in the Middle East.”

Netanyahu said Israel was very appreciative of the “strong … unequivocal support” Pompeo gave Israel’s “efforts at self defense against Syria” in the past few days.

State Department spokesman Robert Palladino said Pompeo and Netanyahu discussed the unacceptable threat that regional aggression and provocation by Iran and its agents poses to Israeli and regional security, and Pompeo reiterated the U.S. commitment to Israel’s security and right to self-defense.

Netanyahu said last month after Trump’s announcement that Israel would escalate its fight against Iranian-aligned forces in Syria after the withdrawal of U.S. troops.

Israel sees the spread of Iran’s influence in the Middle East as a growing threat and has carried out scores of air strikes in civil war-torn Syria against suspected military deployments and arms deliveries by Iranian forces supporting Damascus.

By Mary Milliken. From Reuters.