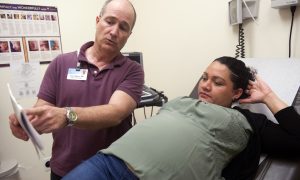 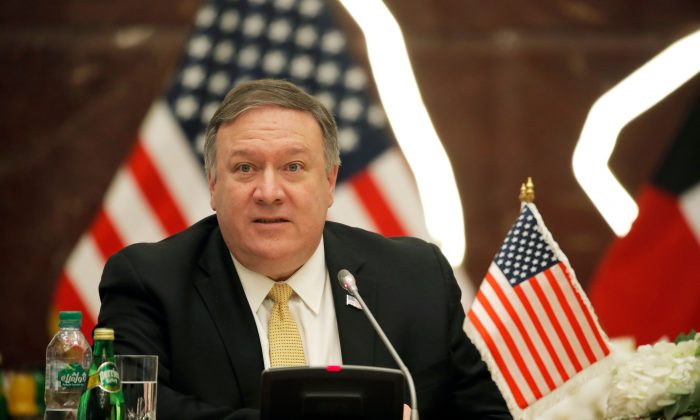 US Cracks Down on ‘Backdoor Funding Schemes’ for Abortions Abroad

Secretary of State Mike Pompeo announced that the Trump administration will expand on existing anti-abortion policies with the addition of a new rule that prohibits U.S.-funded organizations from aiding foreign groups that support abortion.

Speaking to reporters on March 26, Pompeo said the United States will crack down on these non-governmental organizations. At the same time, he said they are “fully enforcing” federal law to prohibit the use of taxpayer dollars to “lobby for or against abortion.”

“As a result of my decision today, we are also making clear, we will refuse to provide assistance to foreign NGOs that give financial support to other foreign groups in the global abortion industry,” Pompeo said. “We will enforce a strict prohibition on backdoor funding schemes … American taxpayer dollars will not be used to underwrite abortions.”

Today, @SecPompeo made two announcements to the press about the State Department’s ongoing efforts to ensure that U.S. taxpayer dollars are not used to subsidize or promote abortions. pic.twitter.com/DKMjSixZnN

President Donald Trump expanded the so-called Mexico City policy in 2017 that ensured taxpayer dollars are not used to support foreign NGOs that perform or actively promote abortion as a method of family planning. The new rule expands on this further.

Pompeo said Trump’s work on the anti-abortion policy two years ago “now protects every human life impacted by the nearly $9 billion of foreign aid we spend on global health programs each year.” He noted that the “vast majority” of partners have complied with the 2017 policy and continue to work with the administration.

He said the Trump administration “protects more unborn babies around the world than ever before.”

“This is decent. This is right,” Pompeo added.

In his briefing, Pompeo also noted that the United States will cut funding to the Organization of American States (OAS) as part of the expanded rule, over reports that the organization helped support a pro-choice group.

The OAS brings together all 35 independent states of the Americas and constitutes the main political, juridical, and social governmental forum in the hemisphere, according to their website.

“In light of recent evidence of abortion-related advocacy by an organ of the Organization of American States, I directed my team to include a provision in foreign assistance agreements with the OAS that explicitly prohibits the use of funds to lobby for or against abortion,” he told reporters.

“The institutions of the OAS should be focused on addressing crises in Cuba, Nicaragua, and in Venezuela, not advancing the pro-abortion cause. And to ensure that our message is heard loud and clear, we will reduce our contributions to the OAS.”

Pompeo echoed the remarks Trump made last month at the National Prayer Breakfast in Washington, with the secretary pledging that the administration will do everything they can to “protect and respect the sanctity of life for people all around the globe.”

The expansion comes as a number of states are considering increasing restrictions on abortion.

Mississippi Gov. Phil Bryant, a Republican, signed a bill on March 21 that bans abortions in the state after a fetal heartbeat is detected. That typically takes place around six weeks after conception.

The Mississippi law is one of the strictest in the nation, and lawmakers in Georgia, South Carolina, and Ohio are among the states also mulling the passage of “heartbeat” bills. Any physician that violates the new law faces license revocation or disciplinary action.

Pro-life advocates were quick to praise Pompeo’s policy expansion. Alison H. Centofante, the director of External Affairs at Live Action, a national pro-life and human rights organizations in America, said it was a win for Americans.

“Thank you SecPompeo for your leadership in ensuring no taxpayer dollars are funding abortion!” she wrote in part on Twitter.

The President of March For Life, a peaceful annual rally advocating against abortion had similar reactions to the expansion.

“March for Life is grateful to Secretary of State Mike Pompeo for his announcement today that the Department will more fully implement the Protecting Life in Global Health Policy,” Jeanne Mancini said in a statement.

She continued “Taxpayer dollars should not fund abortion here or abroad, and respecting the inherent dignity of the unborn person goes hand in glove with our country’s foreign assistance and humanitarian work.”

Speaking to religious leaders at the 67th annual National Prayer Breakfast on Feb. 7, Trump told the audience that he will safeguard faith-based adoption centers and reiterated his pro-life stance.

“As part of our commitment to building a just and loving society, we must build a culture that cherishes the dignity and sanctity of innocent human life,” Trump said.

“All children, born and unborn, are made in the holy image of God. Every life is sacred, and every soul is a precious gift from Heaven,” he said.