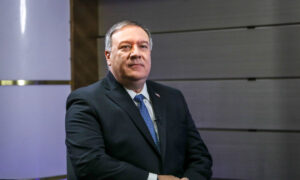 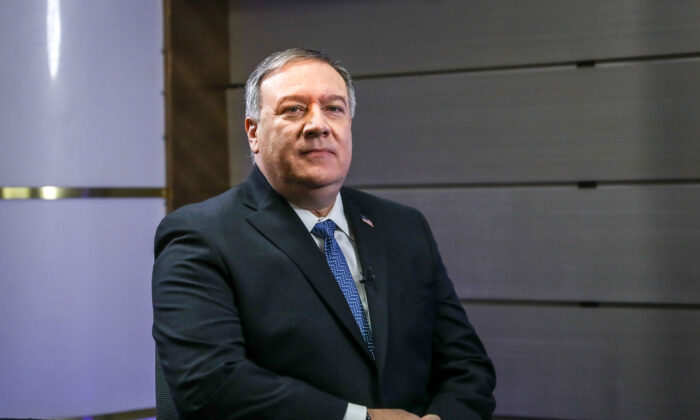 “Silencing speech is dangerous. It’s un-American. Sadly, this isn’t a new tactic of the Left. They’ve worked to silence opposing voices for years,” he wrote in a tweet.

“We cannot let them silence 75M Americans. This isn’t the CCP,” he added, referring to the Chinese Communist Party’s weaponization of technology and social media to monitor and suppress dissent.

Earlier, Twitter stated that it has permanently removed Trump’s account from its platform, saying the company identified “risk of further incitement of violence” upon review of how his recent tweets “are being received and interpreted on and off Twitter.”

In response to Twitter, Trump condemned the tech giant, saying the company “has gone further and further in banning free speech.”

Trump vowed that he “will not be silenced.” He said his team has been negotiating with Twitter’s competitors and is also looking into options to build a separate platform.

Republican lawmakers and Trump allies have criticized Twitter’s actions as censorship and abuse of power.

“If you agree [with] Tech’s current biases (Iran, good; Trump, bad), ask yourself, what happens when you disagree?” he said. “Why should a handful of Silicon Valley billionaires have a monopoly on political speech?”

“Even those who oppose Trump should see the danger of having a small [and] unelected group with the power to silence [and] erase anyone,” he said in a tweet. “And their actions will only stoke new grievances that will end up fueling the very thing they claim to be trying to prevent.”

“We understand the desire to permanently suspend him now, but it should concern everyone when companies like Facebook and Twitter wield the unchecked power to remove people from platforms that have become indispensable for the speech of billions—especially when political realities make those decisions easier,” the statement reads.

Pompeo’s message strikes a similar tone to that of former United Nations Ambassador Nikki Haley, who also invoked the Chinese regime’s censorship of those it deemed enemies.

“Silencing people, not to mention the President of the U.S., is what happens in China, not our country,” she wrote in a tweet.