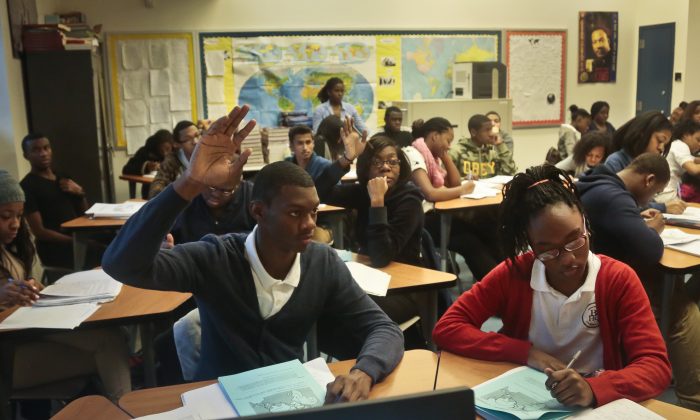 The Times Union/Siena Research Institute poll released Sunday found 82 percent of those polled agreed the implementation had been rushed, while 14 percent disagreed. Almost half opposed the way Common Core has been implemented.

Common Core is a set of learning standards for grades K through 12, aimed at improving college readiness. They were created by a group of mainly higher education experts in 2009. Supported by donations from Bill and Melinda Gates Foundation and the federal Race to the Top grant program, the standards were quickly accepted by 45 states without much public knowledge.

Yet when the time came to put the Common Core standards in practice, public opposition flared up in many states, especially because of new, usually tougher standardized tests that came with the standards. Many teachers, parents, and students felt unprepared for the change or considered the tests faulty.

“This is what the public believes,” Don Levy, director of the Siena Research Institute, told the Times Union. “They are kind of turning around and saying, ‘Slow down—get your act together.'”

The poll also asked what respondents thought the most pressing education issues were.

Respondents identified the lack of parental involvement as the most serious problem. Bullying and poor student behavior were in second and third places.

Lack of computers and technology was the second least of concerns—not good news for Gov. Andrew Cuomo, who pushed through $2 billion in state bonds to boost technology in schools. In the final budget the purpose of the funds was expanded to include building prekindergarten classrooms.

Despite the fact the state got $700 million in Race to the Top grants for the recent school reforms, about 70 percent of respondents answered that all the efforts to improve public education in the last three years “had little impact at all” or moved education in a wrong direction.

Overall, 46 percent of respondents rated the current quality of public education as good or excellent, with 37 percent saying it was fair or poor.

The poll was based on 874 telephone interviews conducted from June 1–5. More than four out of five respondents were from rural or suburban areas. It has an error rate of plus or minus 3.3 percentage points.