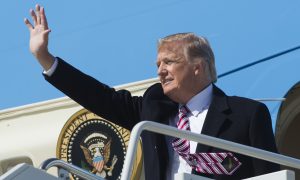 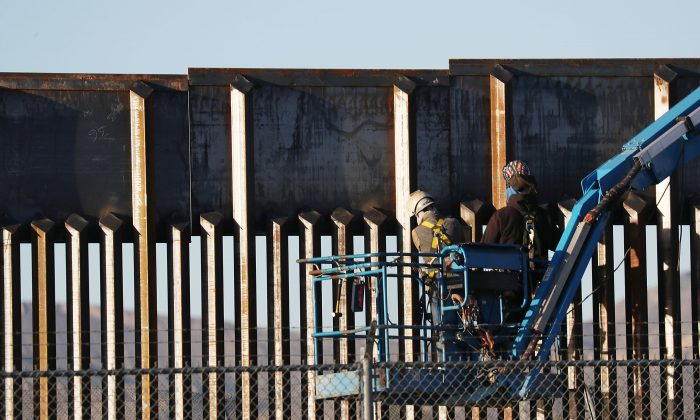 A poll has found that a majority of American voters oppose the Green New Deal.

And if Americans had the choice, they would choose to build a border along the U.S.-Mexico border over the Green New Deal, said the Remington Research Group.

When asked about the Green New Deal, which has been pushed heavily by socialist Rep. Alexandria Ocasio-Cortez (D-NY) in recent weeks, about 51 percent of Americans said they oppose it, 29 percent said they support it, and 19 percent were not sure, the pollster found.

“Over half (51%) of Americans say they would prefer the U.S. government fund a border wall, rather than The Green New Deal (31%),” said the polling firm.

Meanwhile, according to the pollster, independents prefer building the wall over the Green New Deal by a two-to-one margin.

Republicans “would prefer a border wall by a 68-point margin,” said Remington Research.

Titus Bond, the president of the Remington Research Group, said the Green New Deal has created an “interesting situation” for the Democrats

“Democratic voters support this legislation, while the rest of the country overwhelmingly opposes it. It will be intriguing to watch Democratic leaders and presidential hopefuls navigate this issue with their base while still appealing to mainstream voters,” Bond stated.

The American Action Forum (AAF), which is headed by Douglas Holtz-Eakin—who was in charge of the non-partisan Congressional Budget Office between 2003 to 2005—found that the plan would cost from $51 trillion to $93 trillion over 10 years.

That includes between $8.3 trillion and $12.3 trillion to meet the New Deal’s plan to eliminate carbon emissions from transportation and power sectors around the United States.  Meanwhile, the AAF, described as “Republican-aligned” by Bloomberg, said the deal will cost between $42.8 trillion and $80.6 trillion for its economic agenda.

“The Green New Deal is clearly very expensive,” the group said. “Its further expansion of the federal government’s role in some of the most basic decisions of daily life, however, would likely have a more lasting and damaging impact than its enormous price tag.”

The Remington Research Group said it surveyed 1,212 registered voters around the country.

The prototypes for President Donald Trump’s contest for a border wall near San Diego, California, were torn down on Wednesday, to make way for a new section of actual border fencing, Reuters reported.

“Since the test and evaluation of these prototype models is complete, they have served their purpose and are now being removed,” U.S. Customs and Border Protection (CBP) spokesman Ralph DeSio said in a statement.

Using jackhammers, ladders, and blow torches, military special forces and CBP special units spent weeks trying to go under, over and through the walls to test their strengths and weaknesses.

The tests of the eight prototypes, which Supervisory Border Patrol Agent Michael Scappechio of the San Diego sector said cost between $300,000 and $500,000 each to build, showed the effectiveness of the kind of steel post, or “bollard,” fence that already exists along large sections of the border.

The ability of agents to see through a barrier is crucial to their safety, and a fence made out of steel posts or “bollards” is easier to repair when breached and relatively cost-effective, he said, while the 30-foot height is a deterrent to climbers.