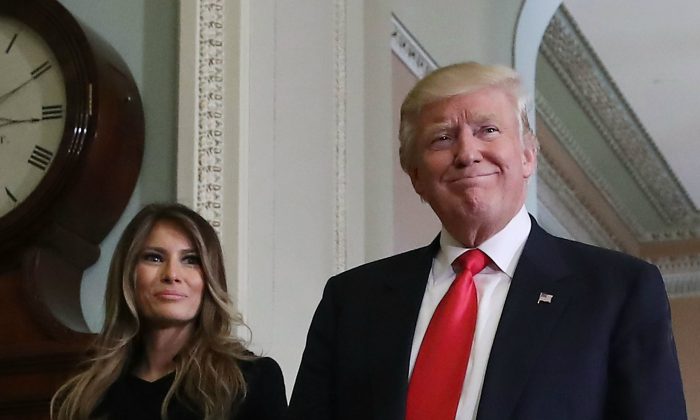 According to the poll, Trump is getting high marks for his transition team, with 19 percent saying it is more organized than previous presidents—while another 34 percent think the transition is about the same.

The poll also found that President Barack Obama’s approval rating has increased. About 54 percent of voters approve the job Obama is doing, while 43 percent disapprove.

“Trump’s favorability among voters has reached new highs since he became president-elect,” said Morning Consult co-founder Kyle Dropp, as reported by Politico. “This honeymoon phase in common for new presidents. For example, Obama saw about a 20 point swing in his favor following the 2008 election.”

Henry Kissinger: Trump Has ‘No Baggage’

Politico/Morning Consult polled 1,885 registered voters and their poll has a margin of error of plus or minus 2 percentage points.

According to a Pew Research Center survey, 43 percent of respondents gave Clinton’s campaign “A” or “B” ratings, while about 30 percent gave Trump’s campaign positive ratings. “For the first time in Pew Research Center post-election surveys, voters give the losing candidate higher grades than the winner,” it said.