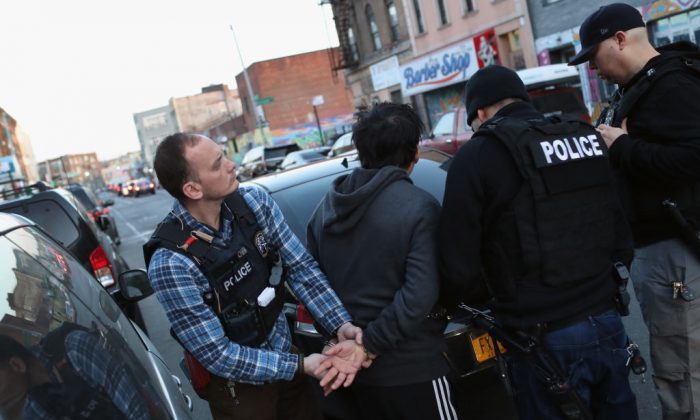 A newly released poll conducted by Harvard-Harris revealed that a majority of Americans support turning in illegal immigrants to federal authorities.

The June poll found that a massive 84 percent of Americans favor turning in illegal immigrants. Only 16 percent said that federal agents should not be notified.

The poll was conducted less than a week after president Donald Trump signed an executive order on June 20 to help stop family separations at the border.

On Tuesday, a federal judge ordered that children and parents who crossed the border illegally and were subsequently separated, be reunited within 30 days, even sooner if the child is under 5.

Another finding in the poll revealed that 64 percent of Americans believe notifying immigration authorities when immigrants are arrested for crimes decreases crime because it takes criminals off the streets. In contrast, only 36 percent believed that notifying the authorities would increase crime.

The data suggests that support for sanctuary cities shielding illegal immigrants from federal laws is low.

The monthly public-policy poll is conducted by the Center for American Political Studies at Harvard in conjunction with The Harris Poll, which is chaired by Mark Penn, a former Hillary Clinton aide who served as her chief strategist in her 2008 presidential campaign.

Penn told The Hill that the poll’s response was “out of sync” with what the common public might believe opinions on sanctuary cities are.

“When someone’s arrested, they expect someone will notify federal immigration authorities just as they would expect someone who violates state tax law will find out that they notified the IRS,” Penn told the Hill on June 28.

The poll is conducted online within the United States and captures the responses of over 2,000 registered voters.

Around 2,000 children were separated in the six weeks from April 19 to May 31. The remaining 10,000 children in Health and Human Services custody entered the United States illegally as unaccompanied minors, which often means their parents paid a smuggler to bring them over the border.