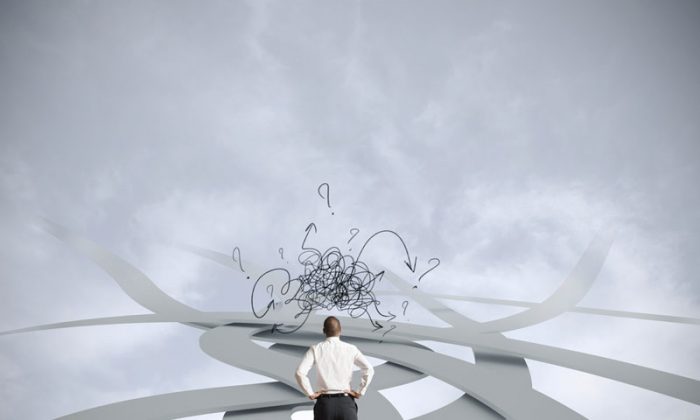 Politics Makes Us ‘Stupid’ Because the World is Complex

Ezra Klein has launched his new site, Vox.com, with an essay on ‘how politics makes us stupid’.

The piece is provocative, and Klein uses some interesting examples. Most striking is the study that shows that people’s maths skills get worse when the problem they’re dealing with has a political element and goes against their political instincts. (Klein seems to have slightly misunderstood the study he’s written about, but his basic point stands.)

The basic claim is that people engage in ‘motivated reasoning’ when they think about politics – in other words, they think in order to justify what they already believe, not in order to discover the truth. This, he suggests, is because the politically-engaged people get more loyalty to their ‘tribe’ than they lose by being wrong.

This ‘identity-protective cognition’, as he calls it, makes sense – a pundit who decides that the other side is right about some particular political issue (Klein uses global warming as an example) has a lot to lose in terms of status within the group they’re part of, and little to gain by being right.

Klein says that this has become worse as political parties have become more ideologically uniform and ideological ecosystems, like think tanks, blogs, media, more expansive. Not only is there the external cost of being wrong, but admitting to yourself that you’ve been wrong for a long time is quite difficult too, especially if you’re politically engaged and some of your sense of self is tied up with your beliefs. You could call this ‘rational ignorance’.

Even though that might seem plausible, I think he is assuming too much and is wrong about some of the phenomena he identifies. I’d like to suggest an alternative understanding of political ignorance that, I think, explains more and assumes less.

I think Klein’s fundamental error is to assume that the truth – or, at least, his mode of truth-seeking – is obvious. Basically, he starts off from the position that most people could reasonably see the light if they wanted to. If that’s right, then it could follow that incentive to disbelieve the truth. And “identity-protective cognition” is an interesting way of understanding that.

But suppose truth is not obvious – that we’re ignorant not because we want to be but because, in Keynes’s words, “we simply do not know!”. In contrast to the rational ignorance Klein is discussing, this kind of ignorance comes about because life is complex. The existence of this kind of ignorance is what allows people to disagree without either being willfully ‘dumb’.

To demonstrate his case, Klein uses examples of ideological dogmatism that are based on rejection of the hard sciences. Here he is assuming that a reasonable default position must be to believe in the usefulness of science, so anyone who deviates from that by disbelieving some scientific point must have an incentive to do so. But if they are simply unaware of the fact that science is usually a good way of learning things, them ignoring scientific consensus is simply a mistake.

Klein may see it as being obvious that science is great. But he has probably spent a lot more time thinking about it than most people – for many, rightly or wrongly, the jury is still out on science, as a great man once said. Error, not group loyalty, may be a simpler explanation for people’s refusal to accept what seems to be a well-established truth.

That’s where an ideology comes in. An ideology, I suggest, is a type of ‘web of belief’ that allows people to use what they already believe to be true to sort relevant and true new information from irrelevant and untrue information. As Jeffrey Friedman puts it, ideology “provides pegs on which to hang the political facts of which non-ideologues tend to be so shockingly ignorant”.

This fits with the fact that ideologues are usually a lot more informed than non-ideologues, an important fact that, so far as I can tell, Klein ignores.

Klein’s view is that political ideology ‘makes us stupid’, but ‘closed-minded’ is probably a more accurate term. The vast majority of the public is shockingly ignorant of basic political facts, with the informational ‘elite’ also happening to be the more closed-minded. The alternative to closed-mindedness may simply be to be extremely uninformed.

This matters because the things Klein blames for politics making us stupid – ‘gerrymandering, big money, and congressional dysfunction’ – are mostly irrelevant if the view I’ve outlined here is correct. In a complex world where the truth is hard to discover, even the purest politics would make us stupid.

This implies a much more fundamental problem with the democratic process than Klein suggests. The trade-off between ignorance and dogmatism may be unavoidable in politics, making a well-functioning deliberative democracy virtually impossible to achieve. This may imply that less cognitively-demanding ways of making decisions, like markets, may be even more valuable than we realise.

This article was originally published at the Adam Smith Institute.

Image of “confusion” via Shutterstock