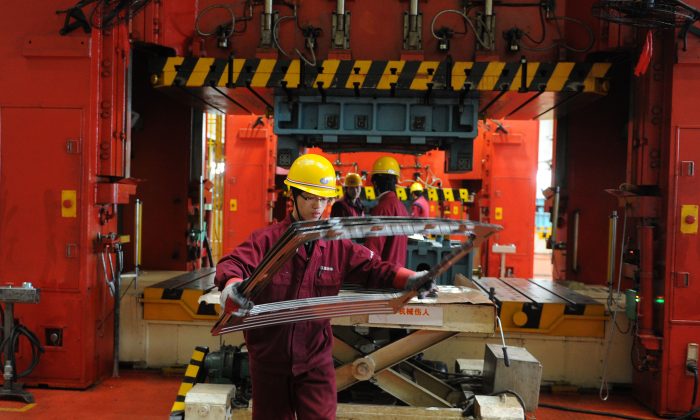 In 1991, a Chinese movie called Raise the Red Lantern was first released in Venice.

Throughout 2,000 years of Chinese history, business people had little to no status in society. Politicians could bankrupt a wealthy family overnight if they wanted to; they could even put an entire family in prison.

Despite a change in regime, the treatment private business receives hasn’t changed. Dozens of businessmen in Chongqing City under the supervision of former local party secretary Bo Xilai were arrested and killed during Bo’s reign.

Eventually, Bo himself was arrested on corruptions charges, but other people elsewhere are carrying on. Several prominent high-ranking oil industry executives have been arrested over the last couple of weeks.

The sons, daughters, and close relatives of current and former Chinese Communist Party (CCP) officials control the most important part of the economy in the form of state-owned enterprises.

They have a huge advantage over others, especially when it comes to access to capital. Therefore, the private sector cannot play a meaningful role in China and may never be able to as long as the CCP is in power. The entire private sector fears for its safety and risks being framed in anti-corruption campaigns. Many successful businesspeople choose to emigrate instead.

They do so, because they feel the current growth model is outdated. The most important pillar sustaining China’s economy in the last three decades has been foreign direct investment. It created an engine employing hundreds of millions of people on the cheap to become a powerful global export dynamo. Now labor and land costs are no longer as competitive when compared to South Asia and South America. Margins for private exporters are dwindling and growth is slowing.

The real danger facing China today is widespread corruption and an incredible wealth gap between the rich few compared with other parts of the society.

In fact, corruption and nepotism are so widespread, it is difficult for Westerners to understand the anger ordinary working Chinese feel toward government officials and their close relatives. They view many of the rich as thieves who used their power to extort money.

However, the swift fall of the former Soviet Union and the recent Arab Spring movement in the Middle East have shown that nothing is guaranteed even in an authoritarian society: If the politics change, there could be a golden future for the Chinese middle class.

Because of the amount of suffering Chinese people endured during Chairman Mao Zedong’s 27-year reign, they have developed a high tolerance for corrupt officials. Now, the climate may have changed. Since the death of Mao and after Deng Xiaoping opened China to the outside world in 1978, a new generation has grown up that is far less tolerant regarding unfair treatment.

Here is the scary fact for investors with China exposure: if something happens, all bets are off and there’s no telling what will occur. Equity and bond holders face massive losses.

It is reasonable to believe that if the CCP continues to hold power, it will do two things simultaneously—fight corruption and oppress media freedom. Fighting corruption means lots of officials below the ministerial level could be put into prison along with a lot of businesspeople.

Media censorship could further anger the population, especially the Internet generation. The trigger for political change can be in the form of either a coup by an army general, or massive social unrest carried out by the more than 260 million temporary workers who migrated into Chinese cities.

If, however, China manages a smooth transition to democracy within the next 10 years, it will become a major world power to rival that of the United States sooner rather than later. Look at Taiwan today, and you will see that in the future, China could be a very responsible world citizen.

Warren Song is a contributor to the Epoch Times.