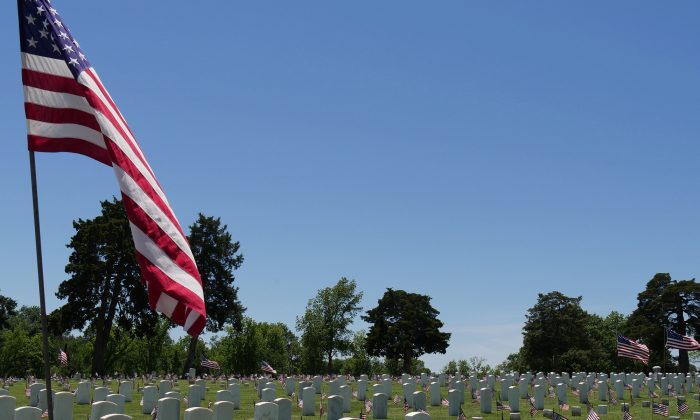 The bonds formed in the line of fire last forever. For the men and women who defend their countries and the cause of freedom, barriers and borders don’t mean much. They know that when the chips fall, they have each other, no matter where they come from or what language they speak.

When the United States was attacked on Sept. 11, 2001, its NATO allies stepped up to offer their support in fighting Al Qaeda. Countries from all over Europe sent their troops into the line of fire alongside American troops and paid the ultimate price just as U.S. service members did. These allies remember the sacrifice made by the United States even today.

In August 2013, the 10th Mountain Division of the U.S. Army was engaged in heavy fighting in Ghazni, Afghanistan, when their base was attacked by crazed insurgents who used a car bomb and a team of suicide bombers who detonated themselves inside. Alongside the 10th were Polish Army troops who fought bravely against the Taliban attackers.

In the midst of the chaos, Polish Army 2nd Lieutenant Karol Cierpica was instrumental in helping take down the suicide bombers before they could detonate their explosive vests. Right next to him was U.S. Army Staff Sergeant Michael Ollis. As Cierpica told Voices of New York, “it all happened very quickly.”

Though the insurgents were throwing grenades, firing mortars and rockets, the Coalition troops stuck together. Cierpica shared with Voices of New York that “a brief look at one another during the attack was enough for us to feel comradeship. And one more thing, his look at that very moment seemed to say ‘everything will be OK.'”

Despite their best efforts, one suicide bomber managed to make it through and got close enough to the Coalition troops to set off his explosive vest. When Michael Ollis saw him coming, he put himself in front of Cierpica, saving his Polish comrade’s life at the expense of his own.

This incredible act of heroism and sacrifice was something that Cierpica and his country would never forget. While Ollis was posthumously awarded the Silver Star by the U.S. Army, his parents also accepted the highest distinction that Poland can give a foreign soldier, the Army Gold Medal.

They couldn’t have been prouder of their son’s final actions. “There is no better gift than give one’s life for another person,” Michael Ollis’s father said at the ceremony, according to Voices of New York. The family were so happy to meet Karol, the man Michael saved. “It was very emotional for me because of meeting the family,” Cierpica told the New York Post.

But the story of Cierpica’s gratitude and the Ollises’ family love for their fallen son and brother didn’t end there; it was just beginning.

BABY NAMED FOR DAD'S HERO: The name of the American staff sergeant who died saving a Polish officer lives on — with the officer's newborn son.

Just like his grateful country, Karol wasn’t going to forget an honorable deed. When his wife, Basha, gave birth to a son, the couple couldn’t think of a better name than Michael. When the little boy was born, Michael Ollis’s sister Kelly Manzolillo wanted to show her appreciation. She took her fallen brother’s army fatigues and created a special teddy bear out of them for the new baby.

When Cierpica, who is an avid runner, found out that Ollis’s sisters were members of the New York Runner’s Club, he invited them to run the New York City Marathon with him, bringing the families closer together. Ollis’s sister Linda told The Daily Mail that she and her sister “were so pleased” to run with their “new brother” Cierpica.

For Cierpica, the mission goes on with the foundation he created in Poland, called Thank You For Your Service. He told the Mail: “my mission is for servicemen like Michael, servicemen and family who lost fathers, sons, fighting for their country.”

Polish LT Karol Cierpica and Michael’s sisters will together run the @nycmarathon in honor of SSG Michael Ollis https://t.co/YAaeYYE3hK

Our new brother Karol Cierpica! Thank you for everything today! I'm so happy I was able to meet you!!