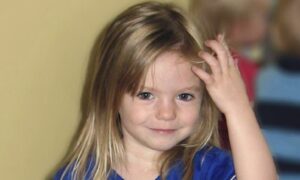 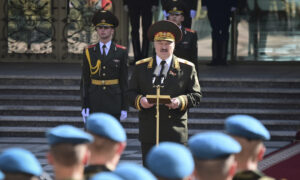 At least 15 people have been killed in flooding in Poland as a result of heavy rains that have poured down on the country since last week, say Polish officials.

The country’s main river, the Vistula, burst its banks last weekend, flooding thousands of hectares of land in the south of the country. Thousands of people have been forced to evacuate their homes across the nation due to the rising waters.

The situation was bad on Monday in the village of Swiniary, 50 miles northwest of the capital of Warsaw as water levels in the Vistula River remained high.

Helicopters and boats have been shown on TV helping evacuate people from the rooftops of their flooded homes. At a press conference, Jerzy Miller, minister of Internal Affairs and Administration warned people to “evacuate now.”

Miller further said that authorities were able to monitor evacuated areas with the help of helicopters equipped with infrared cameras, according to a press conference he held on Monday, as reported by the Polish Press Agency.

The water level in Warsaw reached its peak on the weekend, but did not cause serious damage because rescue workers and soldiers were able to reinforce Vistula with embankments made of soil and clay.

Miller further informed, “The situation on the Vistula River is a lot more serious than expected, as the flood wave has lasted six long days, and the water is receding very slowly. The schools and kindergartens were closed in the capital Warsaw on Monday along with one of the main roads passing the river in the capital due the threat of flooding.”

According to government officials, the natural disaster has caused more than 2 billion euro ($US2.46 billion) worth of damage to the region.

With respect to looting, "At this point, we don't know of a single example," said Miller.

Weather forecasters say that more rain is expected in the northern parts of the country over the next few days.