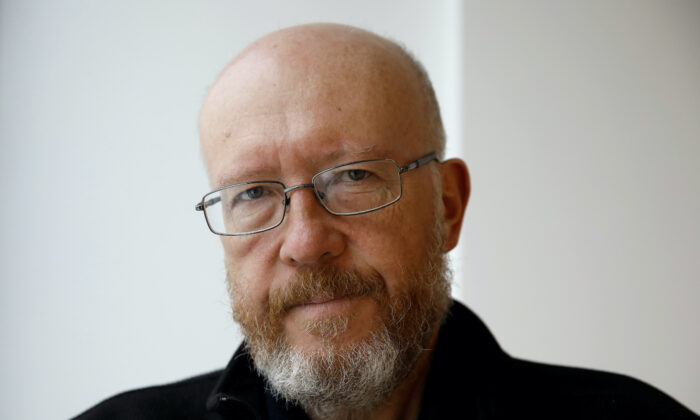 Jan Grabowski poses for a picture after an interview with Reuters in Warsaw, Poland, on Feb. 8, 2021. (Kacper Pempel/ Reuters)
Europe

WARSAW—A Warsaw court ruled on Tuesday that two historians tarnished the memory of a Polish villager in a book about the Holocaust and must apologize, in a case some academics warn could deter impartial research into Poles’ actions during World War Two.

More than seven decades on, the conflict remains a live political issue in Poland, where the ruling nationalists say studies showing complicity by some Poles in the killing of Jews by Nazi Germany are an attempt to dishonor a country that suffered immensely in the conflict.

Read More
Nazism, Fascism, and Socialism Are All Rooted in Communism
Collectivism, Individualism, and Left–Right Politics

The court ruled that Barbara Engelking and Jan Grabowski, editors of the two-volume work “Night without an end. Fate of Jews in selected counties of occupied Poland,” must apologize for saying Edward Malinowski gave up Jews to the Nazi Germans.

But it stopped short of ordering them to pay compensation.

“The court’s ruling must not have a cooling effect on academic research. In the opinion of the court the demanded sum of 100,000 zlotys ($27,017) would constitute such a factor,” said judge Ewa Jonczyk.

Polish academics and Jewish organizations such as Israel’s Yad Vashem had expressed concern that the trial may undermine freedom of research, and Engelking said the case aimed to have such an effect.

“There is no doubt this is some sort of an effort to create a freezing effect, to show academics that there are issues on which it is not worth focusing on,” she said.

The World Jewish Congress said in a statement it was “dismayed” by the ruling.

Battle Over the Past

The case had been brought by Malinowski’s 81-year-old niece, Filomena Leszczynska, and funded by the Polish League Against Defamation, which opposes claims of Polish involvement in the murder of Jews.

“Filomena is extremely pleased with this verdict,” Brzozowska-Pasieka said after the trial. “The question of compensation from the beginning was a secondary issue.”

Almost all of Poland’s 3.2 million Jews are understood to have died during more than five years of Nazi rule, accounting for around half the Jews estimated to have been killed in the Holocaust. A further 3 million non-Jewish citizens also died under Poland’s Nazi occupation.

A significant body of research suggests that, while thousands of Poles risked their lives to help Jews, thousands also participated in the Holocaust. Many Poles do not accept such findings.

In 2018, an international backlash forced the ruling Law and Justice (PiS) party to drop a law that would have made it a crime to suggest Poland bore any responsibility for Nazi atrocities.

Grabowski told Reuters before Tuesday’s ruling that the case covered similar ground to the proposed law by attempting to establish offense to national dignity as grounds for suing over any such claims in the future.

Brzozowska-Pasieka denied the case aimed to introduce new avenues for litigation, but simply sought to protect her client’s personal rights.

By Alan Charlish and Anna Wlodarczak-Semczuk