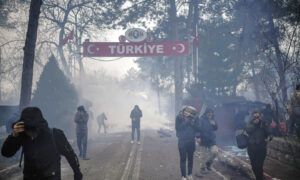 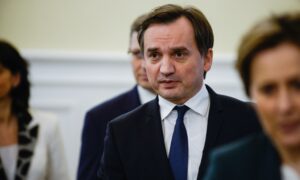 Poland to Withdraw From Convention on Violence Against Women
0 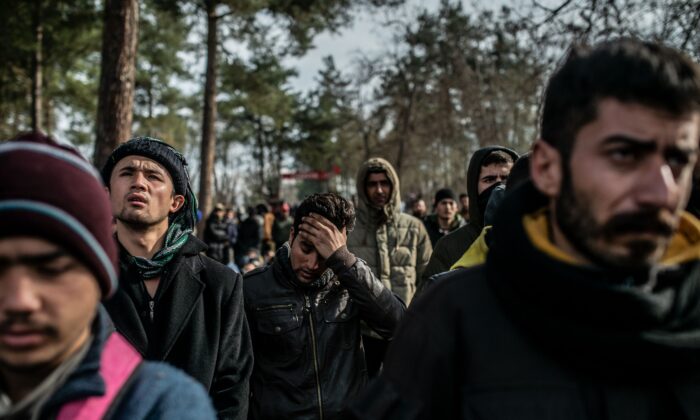 Migrants wait in the buffer zone near the Pazarkule crossing gate in Edirne at the Turkey-Greece border on March 5, 2020. (Bulent Kilic/AFP via Getty Images)
Europe

WARSAW—Polish border guards have detained 34 people from the Middle East, including four women and four children, who were traveling in a trailer of the lorry that came from Turkey via Slovakia, authorities said on Saturday.

They were detained on Friday night and are being held at the border guards station in Bielsko-Biala, a spokesman for the regional border guards service in southern Poland Szymon Moscicki said.

He said the detainees were thought to be citizens of Iraq, Iran, Syria, and Kurds from Turkey. It was not immediately clear where they ultimately aimed to travel.

By Alicja Ptak and Marcin Goclowski