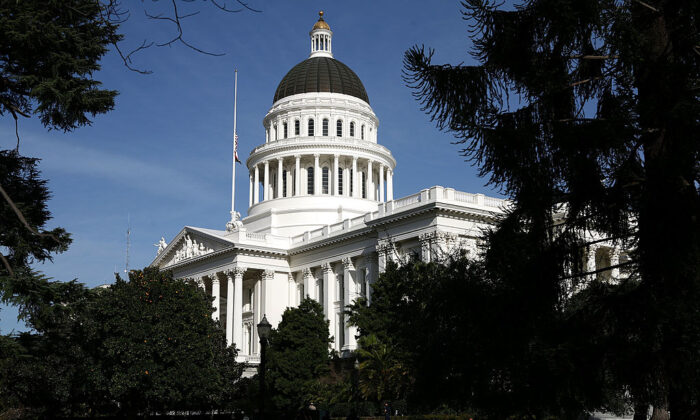 Policy Expert Fights Back Against Special-Interest Groups in California

Chris Karr
Chris Karr is a California-based reporter for the The Epoch Times. He has been writing for 20 years. His articles, features, reviews, interviews, and essays have been published in a variety of online periodicals.
View profile
Follow
and Siyamak Khorrami

Upton Sinclair was fond of saying, “It is difficult to get a man to understand something when his salary depends upon his not understanding it.”

This is the key problem with legislators in California, according to a former state government insider.

“It’s an unbelievably difficult game to win,” David Crane, special adviser to Gov. Arnold Schwarzenegger from 2004 to 2010, told The Epoch Times. “There’s hardly a state that is more poorly governed than California [because] legislators are not liberated from special interests to do the bidding of general interests.”

The grip that funding from special-interest groups holds on the state Legislature is the main reason why Crane, a lecturer on public policy at Stanford University, started Govern for California in 2011. That organization, a network of political philanthropists, seeks to provide support for politicians who stand up on behalf of their constituents and speak out against single-interest legislation.

“Legislators will often have to vote against the general interest in order to please special interests from who they raise money,” Crane said. “And the way you get power and influence over those legislators is to bundle donations [and] raise money you can use to help those other legislators. They, in turn, will start to owe some allegiance to you. It sounds terrible, but that is the way it works.”

Crane traces a portion of his awakening to the reality of California politics back to a conversation he had with then-Sen. John Kerry in 2010.

“At one point, I said, ‘Senator Kerry, when is our party going to stop doing the bidding of all these special interests?’” Crane, who describes himself as a lifelong “JFK kind of Democrat,” asked.

“David, they’re always there for us,” Kerry said.

“And that would be true for every Republican senator as well,” he said. “The special interests are always there for them. Which means if you want them to do the work for the general interest, we always have to be there for them.”

Viewed holistically, however, Crane said the problem has several components. While state politicians are beholden to special-interest groups, such as the California Correctional Peace Officers Association or the California Medical Association, they often remain willfully ignorant when the numbers don’t add up.

Crane learned this firsthand when he was on the board of the California State Teachers’ Retirement System, “which is the second-largest pension system in the country.”

“At one of the meetings, I sort of exposed the math,” he recalled. “They were understating the size of the pension liabilities by about half. But legislators didn’t want to understand that was the case, because they were regularly receiving donations from public employee unions in California, who would also oppose them in elections.”

These groups, in effect, become customers of the state and typically reap enormous profits, according to Crane.

“Prison guard unions, [in] the last elections cycle, spent about $3 million,” he said. “And in return, they’ll collect $10 billion a year [for the] 55,000 employees of the state correction system. So it’s a very good return on investment. It’s better than almost any business that I’ve been associated with—better than [what] Silicon Valley earns.

“Special interests, like the prison guards union, know to constantly dribble out money to legislators. It doesn’t have to be very much, but it has to be constant.”

More often than not, the constituents are none the wiser, which compounds the problem, according to Crane.

“Take the East Bay in Northern California … Legislators from that area regularly talk a very progressive game: ‘I’m for the little guy. I’m for justice. I’m for power to people.’ Those legislators regularly vote for salary increases for prison guards, who are already the highest-paid prison guards in the country.

“Why would they do that? Because the people in their districts will never know that they vote for those prison guards’ salaries and increases, which take the money away from social services, universities, community colleges, and other things that are beneficial to the very populations that are those little guys. It’s a form of arbitrage, if you will.”

Outspending as a Tactic

Though Crane’s diagnosis might seem bleak, he remains optimistic about the future. In fact, he’s seen progress through Govern for California’s efforts. The bottom line comes down to outspending special-interest groups.

They contributed $4 million to legislators during the last election cycle in an effort to combat the California Medical Association (CMA).

“For years, [CMA] worked to keep nurse practitioners from being allowed to practice medicine in California without the supervision of a doctor,” Crane said. “It was like a feudal system.”

At that time, the Business and Professions Code mandated nurses to pay a fee to doctors in the CMA in exchange for their supervision. As a result, Crane said that limited the opportunities for “very competent” nurse practitioners to service lower-income patients in the rural areas of California.

“But there’s no reason for it, other than to protect the fiefdom,” he said. “My organization led an effort last year to change that law in California [and] we succeeded. Now, nurse practitioners in California can practice without being supervised by an M.D.”

Breakthroughs such as that leave Crane optimistic about the possibilities of empowering legislators to fight back against special-interest groups.

“CMA—one of the most powerful lobbies out there—will never forget legislators who voted against them,” he said. “So those legislators have to know that Govern for California will be there forever to protect them from revenge. That’s a really hard thing to do.”

Crane noted that it doesn’t take that much money to outspend the entities that seek to manipulate and bully politicians across the state.

“If you have $100 a year from a thousand people every year, you would become one the most powerful players in Sacramento,” he said. “[But] they have to know that you’re going to always be there.

“Most of the legislators actually want to do the right thing, but they can’t because they’re in a vise: If they vote against a salary increase for prison guards, those prison guards will come after them in the next election.”

Crane is also advocating for the banning of donations to legislators from any union that does business with the state.

“I think a lot of people want to see that happen,” he said.