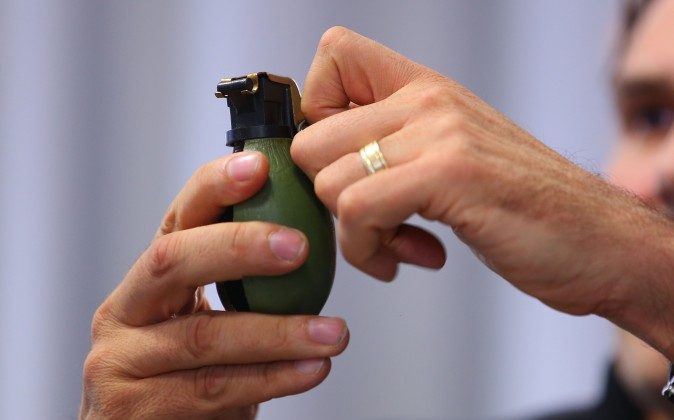 Right after assuring courtroom attendees that the grenade had been diffused, he pulled the pin—and the grenade exploded.

The policeman, Constable Liquat Ali, was in Karachi’s Anti-Terrorism Court, trying to counter an argument that a grenade was too difficult for a defendant to use—then demonstrated the simplicity of removing the pin, according to court officials.

Ali’s hands were injured from the blast, along with a court assistant and one other policeman.

Ali’s hands were injured from the blast, along with a court assistant and one other policeman.

The court housed several anti-terrorism cases at the time; with the explosion causing widespread panic among everyone in the building. The trial Ali was attending, as well as others in session were briefly suspended.

“We thought the whole building was under attack from terrorists,” Farhan Haider, a lawyer who had been in a courtroom next door, told the Guardian. “Everyone was just rushing towards the exits.”

Although he only suffered minor injuries, Ali will bear a larger legal burden; charges for his mishandling of evidence.