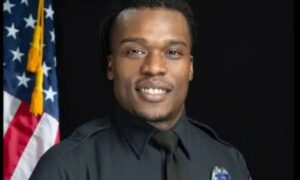 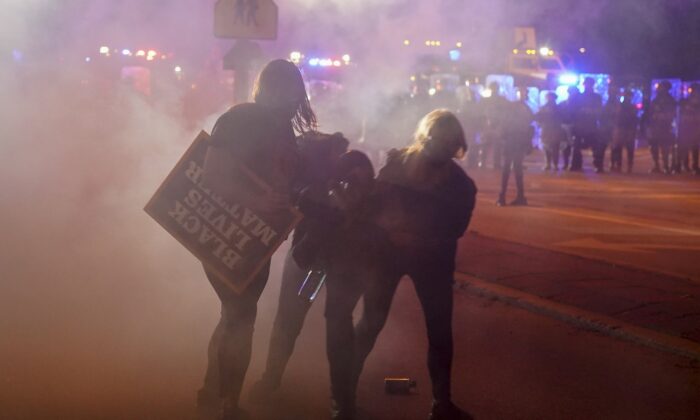 Police Use Tear Gas to Disperse Demonstrators in Wisconsin City

Police in a Wisconsin city on Friday night used tear gas to disperse an unruly demonstration that went past curfew for a third consecutive evening.

An emergency curfew is in place in Wauwatosa each night at 7 p.m. following the decision not to file charges against Joseph Mensah, a police officer who shot a teenager who fired his weapon outside a mall in February.

Milwaukee County District Attorney John Chisholm said evidence shows Mensah was acting in self-defense out of the belief that deadly force was necessary after Alvin Cole discharged a stolen gun he had with him.

The Oct. 7 announcement sparked protests and riots, which continued through Friday night.

Demonstrators ignored the curfew, prompting the declaration of an unlawful assembly, the Wauwatosa Police Department said in a statement.

As law enforcement officers moved to disperse the crowd, they were struck with bottles, triggering the deployment of tear gas, police said.

Video footage and photographs from the ground showed dozens of officers confronting demonstrators.

Ricardo Torres, a reporter for the Wisconsin Journal-Sentinel, said that he was “overwhelmed by the chemicals in the gas.”

“It took me a solid 10 minutes of gasping for air like I never gasped before before I started getting solid amounts of oxygen,” he said.

Wauwatosa, with a population of about 50,000, is just west of Milwaukee.

Police said that demonstrators later removed dumpsters from businesses and moved them into the roadway to block traffic.

A number of arrests were made. The number wasn’t made public.

Wisconsin National Guard members are assisting local police but have not been making any arrests.

“Federal law enforcement is joined with state and local authorities to address any further violence. Federal law imposes serious penalties for arson, rioting, firearms offenses, and other violent crimes, which we will prosecute to the fullest extent possible. No one else in Wisconsin should become a victim of needless violence or face destruction of a business as a result of unrest,” Matthew Krueger, U.S. attorney for the Eastern District of Wisconsin, said in a statement this week.

Demonstrators said they were upset that Cole’s mother was among those arrested on Thursday night for violating the curfew.

“I know it’s after seven, but tensions are high in our community and I’d rather have a peaceful protest than have an officer like Joseph Mensah killing someone in our community,” Sean Lowe, chair of the Wauwatosa Equity and Inclusion Commission, told WTMJ-TV.

Wauwatosa Mayor Dennis McBride, a Democrat, defended the arrests made on Wednesday and Thursday nights.

“For them to say ‘[expletive] the curfew,’ I guess everybody can draw their own conclusion from that they intended to violate the law and arrests had to be made. That’s the regrettable part. We don’t want to make those arrests.”

Wauwatosa Police Chief Barry Weber said in a video statement released by the department that officers have been told to warn people exhibiting behavior that is unlawful or disorderly multiple warnings before arresting them.

“Our goal is voluntary compliance,” he said.

The nightly curfew is in effect until Monday morning.

Mensah remains suspended with pay. Mensah is black, as was Cole.

“Authorizing Officer Mensah to continue the performance of his full police officer duties, including the concurrent authorization for the potential use of deadly force for a fourth time, creates an extraordinary, unwarranted, and unnecessary risk to the Wauwatosa Police Department and the City of Wauwatosa,” Biskupic wrote.