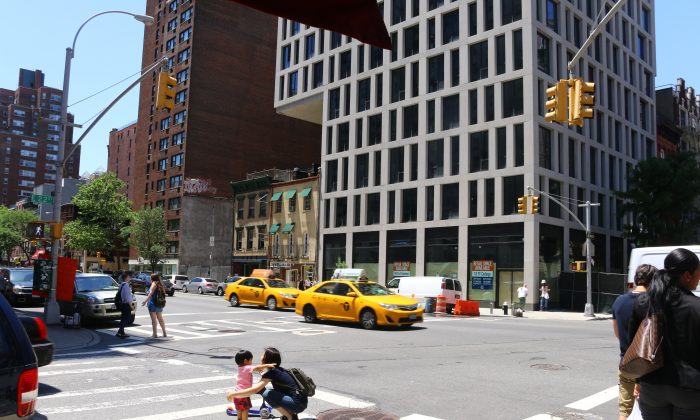 The crackdown runs citywide, during all hours of the day. It focuses on the most problematic intersections and will conclude Sunday, July 6.

Perrier Rodolph, who works at HSBC bank’s Midtown East branch, has a direct view of one of New York’s busiest intersections—Park Avenue and East 33rd Street. She said that the carelessness of pedestrians and the poor layout of the street make the crossing outside her workplace particularly dangerous. “I see people dash across the road all the time,” she said. “It’s really dangerous.”

Several NYPD officers were present at the intersection on Monday morning.

The Vision Zero website indicates about 4,000 people are seriously injured and more than 250 killed on New York streets each year in traffic accidents. Being struck by a vehicle is the leading cause of injury-related death for children under 14. On average, someone is seriously injured or killed every two hours on NYC streets.