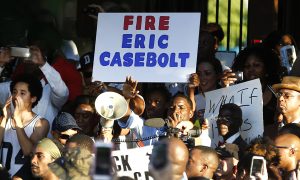 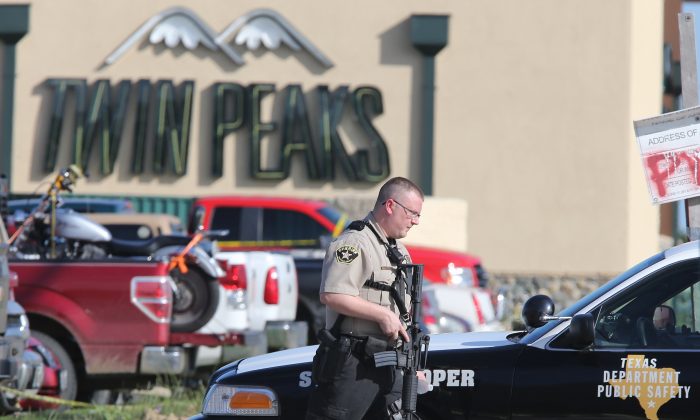 In this May 17, 2015 file photo, authorities investigate a shooting in the parking lot of the Twin Peaks restaurant, in Waco, Texas. (AP Photo/Jerry Larson, File)
Crime and Incidents

WACO, Texas—Police say officers responding to a deadly melee outside a biker gathering in Texas disabled the automatic setting on their rifles, and that the majority of shell casings at the scene were from suspects’ guns.

Waco Police Chief Brent Stroman said Friday that only three of the nearly two dozen officers outside the Twin Peaks restaurant on May 17 fired their weapons after gunfire erupted following a dispute between two rival biker gangs.

Witnesses have said they thought they heard automatic weapons. The shootings killed nine people and injured 18.

Stroman says the three officers shot a total of 12 bullets. Police spokesman Steve Anderson says of the 44 shell casings recovered at the scene, 32 came from suspects’ weapons. He says that doesn’t include suspects’ revolvers, from which casings must be manually ejected.