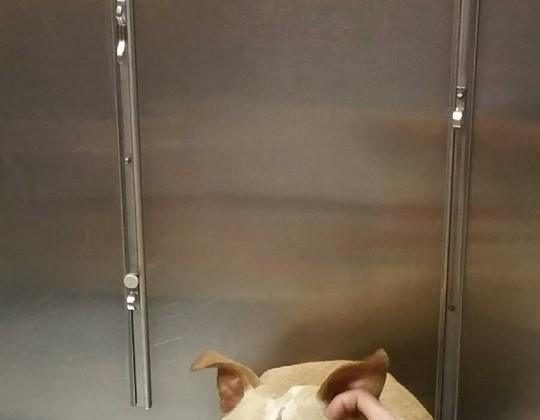 A driver is being hunted by police after shoving a dog out of a moving car.

The dog subsequently was hit by another vehicle after it chased after the driver.

A witness told police that the tan-and-white mix was shoved out of an early 2000s older model dark green Jeep Grand Cherokee in Moriches, N.Y.

But as the dog tried to get back into the car through the driver’s side door, a car driving the opposite direction down Jerusalem Hollow Road struck the canine.

The dog suffered only bruises despite the hit and received treatment at a local veterinary clinic, reported Pix11.

Officials are offering a $2,000 reward for anyone with information about the incident, which took place on January 18 around 4 p.m. Call the Suffolk County SPCA at 631-382-7722

The dog is believed to be a whippet mix, possibly shepherd and/or pit bull. It is expected to make a full recovery.