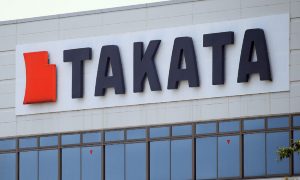 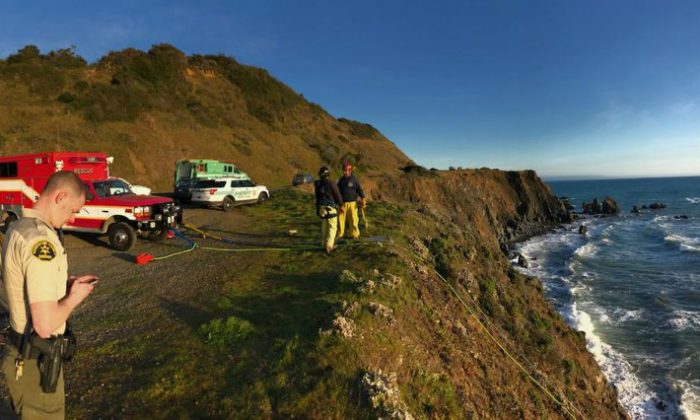 Police Search for Children Along Family’s Route Before California Crash

California police searched a coastal highway on Wednesday for three missing children and details of their mother’s movements after video showed her at a store the day before she is believed to have driven the family’s vehicle off a cliff.

Close-circuit television showed the driver, 38-year-old Jennifer Hart, at a checkout inside a Safeway supermarket in Fort Bragg, California, near the crash site.

“There’s a lot of people out and about in the community trying to find out if they’ve seen the vehicle or the family members,” California Highway Patrol spokesman Cal Robertson said.

Hart and Sarah Hart, 38, a married white couple who lived in Woodland, Washington, were killed in the March 26 crash along with at least three of their African-American children.

The missing children include 15-year-old Devonte Hart, who gained notoriety in 2014 after being photographed hugging a white police officer at a protest after the fatal police shooting of a young black teenager in Ferguson, Missouri.

Police suspect the missing children may have been in the vehicle and their bodies washed into the ocean, but they were not ruling out the possibility that they were elsewhere and are asking local residents and businesses if they saw the family or their GMC Yukon.

“It is still unclear if the missing children were inside the vehicle,” Mendocino County Sheriff’s Office said in a statement.

The crash occurred days after authorities began investigating accusations that the adopted children were being abused or neglected at home.

Investigators went to businesses along Highway 1, the coastal road the family was believed to have taken before their sports utility vehicle went over the cliff north of San Francisco and crashed onto rocks 100 feet below.

Some 71 police and search and rescue workers scoured beaches on foot and used planes and boats to search the ocean.

Investigators have said the SUV stopped at a scenic Pacific Ocean viewpoint at the edge of Highway 1, about 180 miles north of San Francisco, then accelerated over the edge, leaving no skid marks or indications of a collision. This has led police to believe the crash was intentional.