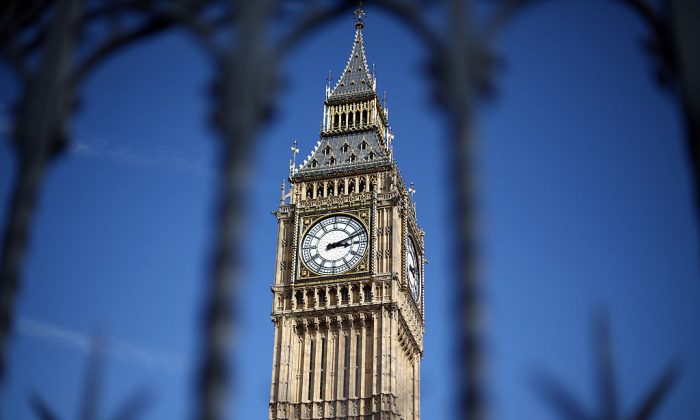 LONDON—A suspicious substance at the British parliament in Westminster was deemed non-hazardous, police said on Monday, in the latest of a string of packages to politicians and royals that have sparked security alerts.

Last month, police investigated a mysterious substance sent to Meghan Markle, fiancee of Prince Harry, in an incident treated as a racist hate crime. White powder was also sent to an office in parliament, but the substances in both cases were found to be harmless.

Police said they had investigated reports of a suspicious package at the Norman Shaw Buildings on Monday, where many lawmakers have their offices on the parliamentary estate.

“A suspicious substance was investigated by the Met Police and was found not to be hazardous,” a spokesman for parliament said in a statement.

“The affected area was temporarily cordoned off but no evacuation was necessary. Two people attended hospital as a precaution.”

A Conservative lawmaker, speaking in parliament, said the target of the letter was Mohammad Yasin, a Muslim lawmaker from the opposition Labour party. The government, Metropolitan police, and Labour did not comment on whether he had been targeted. Calls to Yasin’s office were not being answered.

There have been several reports of hate mail sent to Muslims across Britain in recent weeks, according to monitoring group Tell MAMA (Measuring Anti-Muslim Attacks), and police said on Monday they were taking them “extremely seriously.”