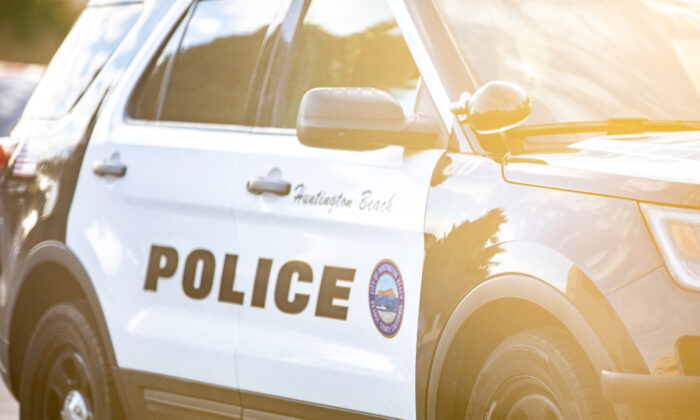 A man was arrested July 17 on suspicion of homicide, one day after police found the remains of a woman buried at a residence in a mobile home park in Huntington Beach, California.

Local police responded to calls of suspicious activity at the Villa Huntington Beach Mobile Home Park on the 7800 block of Slater Avenue on Saturday around 3 p.m.

With the assistance of the Orange County Sheriff’s Department, officers found the remains of a buried unidentified woman.

Residents reported a foul smell near the site where the remains were buried, according to local media outlets.

Authorities detained 34-year-old Antonio Padilla, of Huntington Beach, for questioning early the next morning on July 17.

Arrest logs show Padilla was arrested for homicide and a bench warrant misdemeanor for failure to previously show or pay fines in court.

HBPD spokesperson Jessica Cuchilla told The Epoch Times the police are not releasing any more details about the deceased woman yet, but the investigation is still ongoing, and more information will be given later.

The police determined there is no current threat to the public’s safety related to this case.