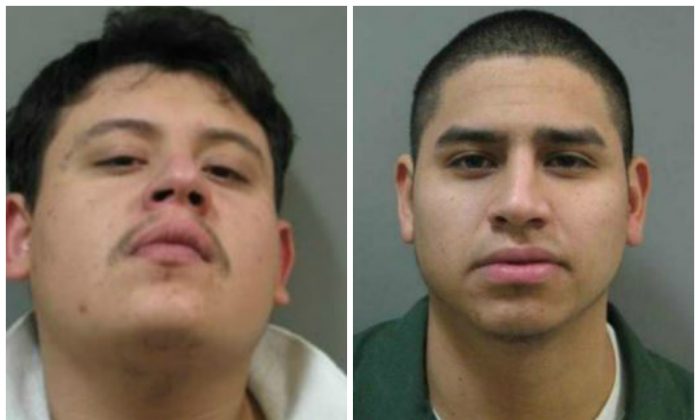 Three members of the infamous MS-13 savagely beat a sex-trafficked girl so badly that she was left with an “indent” on her body.

The girl who was beaten is just 15 years old.

Three men were charged after an investigation by Montgomery County Police.

Court documents obtained by WJLA state that officers served a search warrant at a house in Kensington, near Albert Einstein High School, that served as an MS-13 hangout.

As a result of the warrant, a source told detectives about the beating.

The three arrested men and two others took turns hitting the girl in the backyard of the house, the source said—28 swings in total.

The girl was left bloody, her skin discolored, and her buttocks were “indented.”

NEW: MS-13 members clobber 15yo prostitute with bat 28 times because she was “not doing a good job”-MoCo Police say.

The girl was left bloody, her skin discolored + her buttocks “indented.” pic.twitter.com/rkNzsQJ075

A second source later told officers that Ayala-Rivera, a high-ranking local MS-13 leader who goes by the nickname ‘Noctorno,’ ordered the beating because he thought the teen girl was “not doing a good job as an MS-13 prostitute.”

Ayala-Rivera allegedly makes a lot of money by pimping out teenage girls.

Romero-Rivera and Ayala-Rivera are both in the country illegally. They were already in jail awaiting trial for allegedly being involved in a string of armed robberies.

Each robbery involved multiple suspects armed with handguns who had their faces concealed.

The robbers would enter a business, threaten employees, then demand cash.

After one robbery, though, an eyewitness description of the getaway van was transmitted to police officers, who soon tracked it down, forced it to stop, and captured the suspects.

They were charged with armed robbery, first-degree assault, and the use of a firearm during the commission of a violent felony.