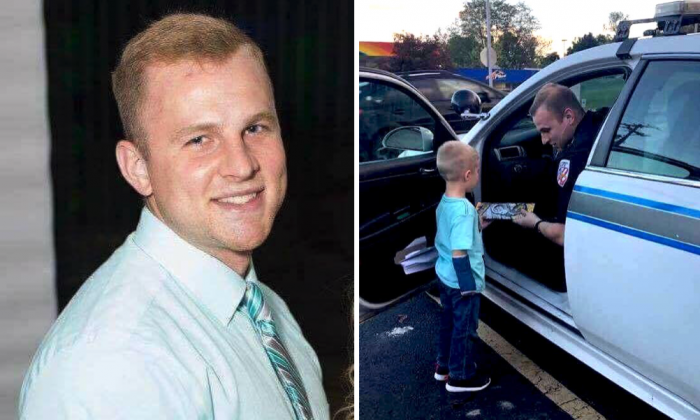 Multiple law enforcement agencies are hunting the individual who shot and killed a police officer on Friday, Nov. 17, near Pittsburgh, according to ABC news.

Update: Police have released the name, photograph and description of the suspect who shot and killed officer Brian Shaw.

Rahmael Sal Holt, 29, has been identified as the gunman. A warrant has been issued for Holt’s arrest and police warn the suspect should be considered armed and dangerous.

At a Saturday morning news conference, Pennsylvania State Police Trooper Stephen Limani made a plea to the public for any information, however small, that could assist the investigation and offered a reward, reported Pittsburgh Action 4 News.

New Kensington Officer Shaw Reward Update- The U.S. Marshall Service offered $5,000 and the ATF increased their original reward from $5,000 now to $10,000. The reward money leading to an arrest is now totaled at $40,000.

Brian Shaw, 25, was shot in the chest during a foot chase that began shortly after a traffic stop in New Kensington, approximately 18 miles northeast of Pittsburgh, reported ABC. Residents who came to the aid of the rookie police officer said he was “gasping for air” and not responsive when they arrived to offer their assistance. He was transported to a hospital after the shooting but was pronounced dead there a short time later, according to ABC.

A woman whose family lives across from the shooting scene told The Pittsburgh Tribune-Review that she was in the living room when she heard six or seven shots, one of which struck the house she was in. She said that she looked outside and saw Shaw collapse to the ground. She said she was the first person to reach him, reports ABC.

“I was trying to talk to him,” she said, according to ABC. “He wasn’t responding.”

Another man who lives next door also heard the shots and went outside to offer assistance, reported ABC. He said Shaw tried to sit up before collapsing.

“I don’t know if he was trying to talk,” said the man, according to ABC. “He was gasping for air.”

ABC reports that police recovered the bullet that hit the woman’s house and said it was a .40 caliber slug. Security camera footage from the house was also taken by the police.

The authorities continue to search for the suspect, who should be considered armed and dangerous.

The slain officer’s body was escorted to a local funeral home Saturday, Nov. 18.

Officer Brian Shaw was a 2014 graduate of the Allegheny County Police Training Academy.

“I want to be a successful law enforcement officer,” Shaw is cited as saying, according to a social media post by the Allegheny County Police Department.

“Officer Brian Shaw, you were taken from us too soon. You are in our thoughts and prayers. Your life mattered and you will be missed,” reads the post.