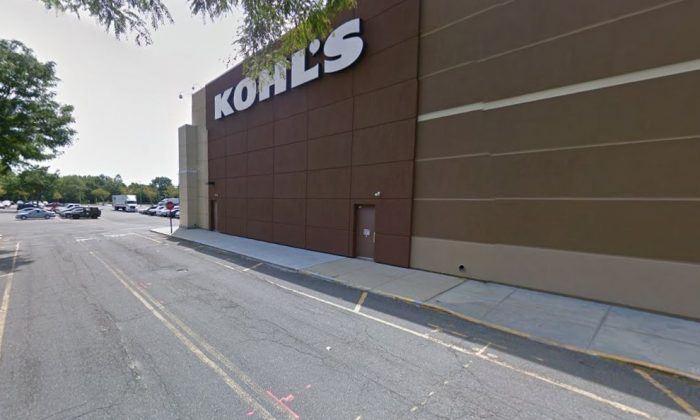 ABC7 in New York reported that there was an attempted abduction in a Kohl’s bathroom at the mall.

The victim, a mother who was not identified, was trying to shop for the holidays when a woman attempted to abduct her 18-month-old child. The mother said her young son had soiled himself and she went to the bathroom to change him.

After she walked in and put down her child, a woman in her mid-40s with a hat and layered clothing walked in. She commented to the mother that the child was a “beautiful baby,” ABC reported.

The woman posted her ordeal on Facebook, reported FIOS 1 News, which said the mother described the woman as Hispanic.

She continued changing her son’s diaper. She then checked the stalls to apparently see if anyone else was inside the bathroom.

After that, she demanded that the mother give her the baby and grabbed the child’s arm.

The victim said she was forced to hit the woman and pushed her away.

She rushed out of the bathroom with her child. Two other women asked if she was alright.

ABC reported that “security footage showed the suspect accompanied by a man in a business suit who directed her to follow the victim into the bathroom.”

The suspect and the man, who was white, left in a taxi shortly after the incident. FIOS 1 reported the victim said the man directed the woman to go to the bathroom.