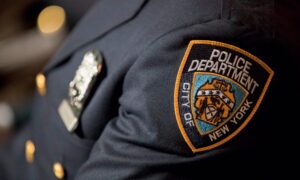 Newport Beach police have identified three teenage boys who allegedly beat an elderly man in an attack that was filmed and shared on social media, they said March 10.

The assault happened March 6, about 10:10 p.m. near Balboa Boulevard East and Main Street.

A widely-circulated social media video showed teenagers standing next to an older man on the street. After confronting him, they began punching and kicking the victim until he was on the ground in what appeared to be an unconscious state.

A bystander appeared to help the man as the fight was ending.

Police said they arrived on scene to find the man with “serious injuries,” and transported him to hospital in stable condition. The teenage boys fled the area before the officers arrived.

All of the assailants were identified through the involvement of media, local citizens, and detective follow-ups, police said.

Newport Beach Police Department public information officer Heather Rangel told The Epoch Times that due to the nature of the case involving juveniles, they will not be releasing any additional information.

The victim has since been released from the hospital, KTLA reported.

Police are asking anyone with additional information to contact Detective Gamble at 949-644-3771 or mgamble@nbpd.org.