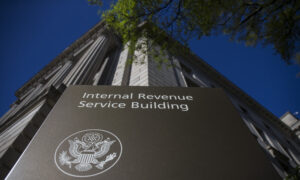 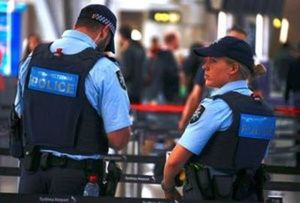 MELBOURNE—An Australian man who was detained during raids to disrupt what authorities described as an ISIS-inspired plot to bomb an Etihad Airways flight has been charged with weapons offences and released on bail, police said on Sunday.

The man was one of four detained during raids by counter-terrorism police in suburbs in Sydney, Australia’s largest city, a week ago.

Two of the men were charged with terror-related offences late on Thursday. Police allege one of them sent his unsuspecting brother to catch an Etihad Airways flight from Sydney on July 15 carrying a home-made bomb, which was disguised as a meat mincer, built at the direction of a senior commander in the terrorist ISIS group.

The fourth man was released without charge after the raids.

On Sunday, police said a 39-year-old man, who had been held under special counter-terror laws, had been charged with possessing a prohibited weapon. He was released on bail to appear in court later this month.

The man was identified by his lawyer as Khaled Merhi.

“My client Khaled Merhi has also been released. Cleared of any terror allegation,” Merhi’s lawyer, Moustafa Kheir, said on Twitter.

On Friday, police detailed what they called one of Australia’s “most sophisticated” terrorist plots and said the two men who had been charged with terror offences had also planned to build a device to release poisonous gas in a public area.

Both those men have been charged with two counts of planning a terrorist act. The charges carry a maximum punishment of life in prison. Neither applied for bail and they are scheduled to appear in court again on Nov. 14.

High-grade military explosives used to build the bomb that was to be taken on the Etihad flight had been sent by air cargo from Turkey as part of a plot “inspired and directed” by ISIS, police said.

The bomb never made it past airport security, they said, and the man’s brother flew out of Sydney and has not since returned to Australia.

Police allege that one of the two men charged on Thursday had been introduced to ISIS by an unidentified brother, who they said was a senior member of the group in Syria, and communication began around April.

Etihad Airways has said it had been working closely with the Australian investigation.

Australia, a staunch U.S. ally that has sent troops to Afghanistan and Iraq, has been on heightened alert since 2014 for attacks by home-grown terrorists returning from fighting in the Middle East, or their supporters.

While there have been several “lone wolf” attacks, officials say 13 significant plots have been foiled in that time.

A gunman in a 2014 Sydney cafe siege boasted about links with ISIS terrorists, although no direct ties with the group were established. The gunman and two other people were killed in the siege.