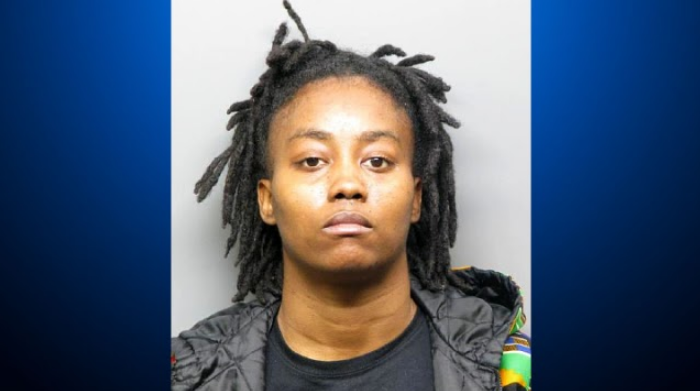 Bay Point resident Rhyan Hodge, 29, turned herself in on March 1 without incident and faces four felony and two misdemeanor charges, including felony assault with a deadly weapon.

The incident happened in Richmond, California, in early February. A mother was waiting in a McDonald’s drive-through with her two young sons ages 3 and 5 when Hodge started yelling from her car, accusing the mother of cutting in line.

The mother, who asked to go only by Amaro for safety reasons, told NTD Television that she grabbed her phone and started recording the incident as soon as things started to escalate.

“It got to the point where I couldn’t ignore it anymore. She was really aggressive, and she was screaming and yelling at me. I felt in danger. I really felt like I had nowhere to go [and no way] to get out of there. So the only thing I could think of was to grab my phone,” Amaro said.

According to Amaro, that particular drive-through has two lines that eventually merge into one and she was following the flow of the cars.

In the video, Hodge can be seen opening her door, yelling, hurling objects, and taunting Amaro.

“I have children in the car, ma’am,” Amaro can be heard telling Hodge from inside her car with the window down.

After throwing some more objects, Hodge can be seen getting back into her car. Amaro can be heard trying to comfort her two boys.

Hodge then reversed and drove forward a few times, almost as if she was about to leave. However, Hodge then rammed into the back of Amaro’s car.

At that point, Amaro can be seen getting out of her car, and then the recording stopped.

After that, Amaro told Hodge that she needed her information because she had just hit her car. Amaro said that’s when things got worse, and Hodge drove into Amaro.

“Because my hands were up in the air, like ‘stop,’ I was able to grab the hood of her car. And she took off with me. My boys saw everything. My boys saw the car took me,” said Amaro.

The Richmond Police said Amaro was dragged over 150 feet across the parking lot. Then Hodge got out of her car and punched Amaro several times before driving off.

It took about a month for authorities to identify Hodge, as the car she can be seen driving in the video was borrowed and the owner was not cooperating.