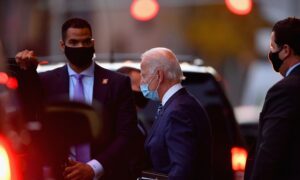 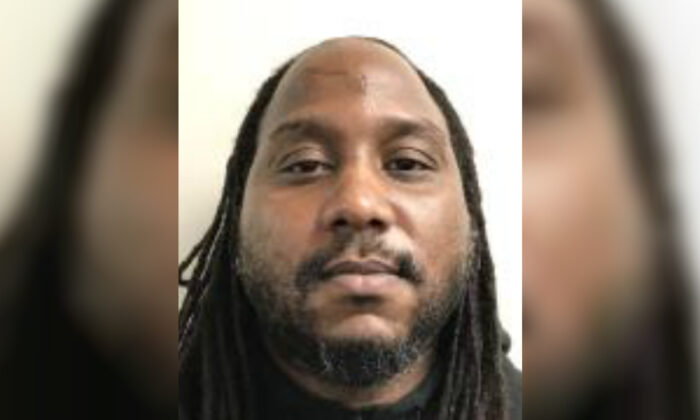 Police in Washington on Sunday said they’d arrested a man caught on camera assaulting another man after a massive rally held by President Donald Trump supporters.

Kenneth Wayne Deberry, 39, was arrested on charges including aggravated assault and being a felon in possession of a firearm.

Deberry struck the victim, rendering him unconscious, according to video footage of the incident and a police incident summary.

Video of the assault showed a group of anti-Trump demonstrators following and harassing Trump supporters who had attended a rally in D.C.

One of the supporters then shoved a man who was shouting through a megaphone. The supporter was quickly surrounded and began exchanging blows with various people.

Then a man holding a “Trump/Pence Out Now” sign approached from behind and sucker punched the man, who fell to the pavement as someone shouted “there you go!” Another anti-Trump person then kicked the man’s head as he laid inert before several people stole the man’s phone and other possessions.

Videos of what happened rocketed around social media. One from the Daily Caller’s Jorge Ventura drew over 2.6 million views.

The Metropolitan Police Department said DeBerry and three other suspects taken into custody “were involved in a collaborative effort to incite violence during first amendment assemblies.”

“One of the suspects struck the victim rendering him unconscious. Other suspects assaulted the victim and took his property,” police said.

The assault took place in the 1700 block of I Street in Northwest Washington on Saturday.

“There were some skirmishes throughout the day. One skirmish in particular drew a lot of attention. We had an assault at 17th and I street, where it looked like there was a man that was pretty significantly injured. He had blood on his face. We made a number of arrests on that scene,” D.C. Police Chief Peter Newsham told WTOP radio.

According to DeBerry’s Instagram account, he is part of the Black Lives Matter movement. According to police records, DeBerry is a registered sex offender who was convicted in 2008 of second-degree child sexual abuse against a person under 16 years of age.

It wasn’t clear whether DeBerry had retained a lawyer.

According to arrest records, police arrested 21 people on Saturday or early Sunday for crimes including assault, theft, inciting violence, and carrying a weapon

Of those arrested, 10 came from outside Washington.

Police recovered eight firearms in total and four of the arrests were firearm-related.

Along with people in the Black Lives Matter movement and members of the far-left Antifa network, members of the right-wing Proud Boys group engaged in violence, as did some other pro-Trump figures. But according to videos from the scene and reporters on the ground, most of the violence was committed by leftist agitators.

Black Lives Matter D.C. blamed the violence on Trump supporters and shared a post defending Antifa, which has assaulted police officers, journalists, and others across the country in recent years.

“Everyone hates Antifa (short for anti-Fascist) until they put their bodies between them and violent white supremacists, Neo-nazi’s to protect them. Don’t believe the hype. Red scare 2.0,” the group said in a statement on Twitter early Monday.

The Proud Boys, in turn, shared videos of assaults against Trump supporters as well as footage of their brawl with Antifa.

“PROUD BOYS CLEAN THE STREETS OF DC!” the group wrote on Parler. While mainstream media “will tell you political violence is a right-wing problem,” they added: “It’s not. They start the violence and we finish it.”

Newsham, who said he thinks the department did a good job in controlling the violence, asked victims to come forward and report to the police. Officers are continuing to investigate the crimes that took place.

“The interesting thing is that we had tens of thousands in the daylight hours; as it got into the evening hours, after dark, we had a couple of groups out there that seemed kind of intent on getting together and having these altercations,” he said.

“So it required our police officers to intervene, to get between them. I think it could’ve been a lot worse than it was. But thankfully, at the end of the day, I think we had a very, very good event.”