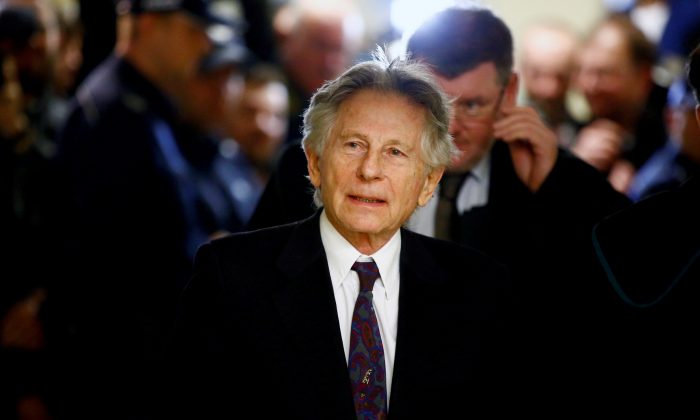 Filmmaker Roman Polanski walks on a corridor during a break of a court hearing in Krakow Feb. 25, 2015. (REUTERS/Kacper Pempel/File Photo)
Entertainment

LOS ANGELES—Samantha Geimer, the woman film director Roman Polanski admitted raping when she was a teenager 40 years ago, pleaded for his case to be resolved on Friday, saying she had forgiven him years ago.

Making her first public appearance at a court hearing in the case, Geimer, who was 13 years old when Polanski assaulted her in Los Angeles in 1977, said she had wanted the criminal case against the film director closed for decades.

“I would implore you to consider taking action to finally put this issue to close as an act of mercy to myself and my family,” Geimer told Los Angeles Superior Court Judge Scott Gordon.

“Justice is not only about punishment. It’s about equity and consideration,” she said, reading from a prepared statement.

Polanski, now 83, admitted raping Geimer in 1977 and spent 42 days in pre-trial custody. He then fled the United States, fearing a plea bargain with prosecutors would be overruled and that he would get a lengthy prison term.

Since then, the “Chinatown” director has remained a fugitive. The United States has attempted several times to extradite him from Europe to face justice, and more jail time, in California.

Polanksi’s attorney, Harland Braun, asked the judge on Friday to unseal testimony about the 1977 plea deal. Braun hopes to use the testimony to persuade European authorities to rescind the international arrest warrant against Polanski.

Judge Gordon said he would issue his decision at a later date.

Gordon ruled in April that the French-Polish director could not cut a deal from abroad to return to the United States without serving more jail time.

Outside court, Geimer, who now lives in Hawaii, said she was glad to “have had the chance to speak and not just be a spectator.”

She said the case continued to affect her life and that of her family and three sons. “It is very embarrassing and unpleasant for them when there are reporters parked outside the house and they are outside with cameras.”

Geimer also played down the severity of what happened to her in 1977, saying Polanski had apologized to her and that they had exchanged emails in recent years.

“It wasn’t as traumatic for me as everyone would like to believe it was. I was a young, sexually active teenager and it was scary thing. But it was not an uncommon thing. Much worse things happen to people,” she said.

“People want to make it worse than it was and assign words to it … I was there. I’m fine.”