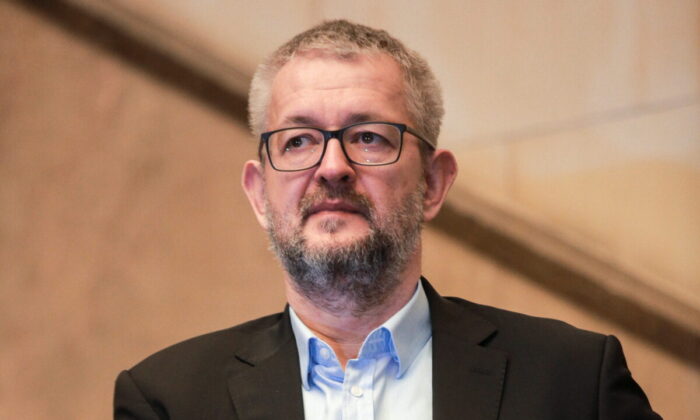 WARSAW—Poland will summon the British ambassador to explain why a journalist accused of anti-Semitism, Islamophobia, homophobia, and the justification of rape was refused entry to Britain, a deputy foreign minister said on Monday.

Rafal Ziemkiewicz was detained at London’s Heathrow airport on Saturday after travelling to Britain with his wife and daughter, who is starting a course at Oxford University. He was subsequently denied entry and flew back to Warsaw.

In a letter posted on social media by a British lawmaker, the UK border force attributed the decision to “conduct and views which are at odds with British values and likely to cause offence.”

“This week I will invite British Ambassador Anna Clunes to the Foreign Ministry to make sure that freedom of speech is included in the catalogue of British values and to ask how this corresponds to the attitude of British services to Rafal Ziemkiewicz,” Deputy Foreign Minister Szymon Szynkowski vel Sek said on Twitter.

The British embassy could not immediately be reached for comment.

Poland’s Human Rights Ombudsman has accused Ziemkiewicz of anti-Semitism after he said on Polish public television last year that some Jews had cooperated with Germans in the Holocaust.

In 2014 he was accused of justifying rape after a tweet in which he said “whoever has never taken advantage of a drunk person, let him throw the first stone.”

In a telephone conversation with Reuters, Ziemkiewicz denied allegations of prejudice and said the decision of British authorities was based on misrepresentations of his statements.

Ziemkiewicz, who writes for right-wing weekly Do Rzeczy and is the author of several books, cancelled a trip to Britain in 2018 after lawmakers raised concerns with the police over his views.