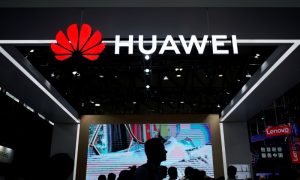 WARSAW/LONDON—Poland has arrested a Chinese employee of Huawei and a former Polish security official on spying allegations, officials and sources told Reuters on Jan. 11, a move that could fuel Western security concerns about the telecoms equipment maker.

However, a spokesman for the Polish security services told Reuters the allegations related to individual actions, and were not linked directly to Huawei Technologies Co. Ltd.

Huawei, the world’s biggest producer of telecoms equipment, faces intense scrutiny in the West over its relationship with the Chinese regime and U.S.-led allegations that its equipment could be used by Beijing for spying.

No evidence has been produced publicly and the firm has repeatedly denied the claims, but the allegations have led several Western countries to restrict Huawei’s access to their markets.

Stanislaw Zaryn, a spokesman for the Polish security services, said the country’s Internal Security Agency (ISA) detained a Chinese citizen and a former Polish security official on Jan. 8 over spying allegations. The two men have heard charges and will be held for three months, he said.

“This matter has to do with his actions, it doesn’t have anything to do with the company he works for,” Zaryn said of the Chinese man.

A person with knowledge of the matter said a Huawei employee called Wang Weijing had been arrested but not charged.

A LinkedIn profile for Wang showed he has worked for Huawei’s Polish division since 2011 and previously served as attache to the Chinese General Consul in Gdansk from 2006-2011. Wang did not immediately respond to a request for comment via the social media site.

China’s foreign ministry said it was “greatly concerned” by the reports, and urged Poland to handle the case “justly.”

Huawei said in a statement it was aware of the situation but had no immediate comment.

Orange Polska said in a statement security services had on Tuesday gathered materials related to an employee, whom it did not identify. The company said it did not know if the investigation was linked to the employee’s professional work, and that it would continue to cooperate with the authorities.

Huawei has come under intense scrutiny in recent months as countries including Australia, New Zealand and Japan have followed U.S. moves against the company, citing security concerns.

Canadian authorities in December also arrested Huawei finance chief Meng Wanzhou at the behest of U.S. authorities as part of an investigation into alleged violations of U.S. trade sanctions, raising tensions with China at a time when Washington and Beijing are engaged in a broader trade war.

The West’s security concerns surrounding Huawei, and fellow Chinese telecoms equipment firm ZTE Corp, center around China’s National Intelligence Law. Approved in 2017, the law states that Chinese “organizations and citizens shall, in accordance with the law, support, cooperate with, and collaborate in national intelligence work.”

This has sparked fears Huawei could be asked by the Chinese government to incorporate “backdoors” into their equipment that would allow Beijing access, for spying or sabotage purposes. Some experts also see a risk that Chinese intelligence may develop an ability to subvert Huawei’s equipment.

Ewan Lawson, a senior research fellow at the Royal United Services Institute in London, said the arrests in Poland could bolster Western concerns.

“It does point at the sort of connections that may exist between the state intelligence enterprise and private Chinese companies,” he said.

The European Commission is aware of the reports of the arrests and will reach out to the Polish authorities for further information, spokeswoman Maja Kocijancic told reporters in Brussels.

Norway said on Wednesday it was considering whether to join other Western nations in excluding Huawei from building part of the country’s new 5G telecoms network.