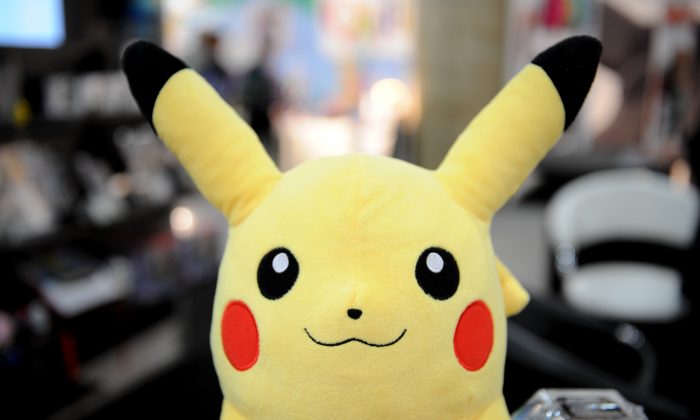 An article saying scientists are questioning the “existence of Pokemon” after a “live Pikachu” was caught in Africa is fake. (STAN HONDA/AFP/Getty Images)
Gaming

Nintendo is porting its Pokemon Trading Card Game Online game to the iPad.

It looks like Pokémon TCGO is in works for the iPad! Should be a huge way to expand the game. #PlayPokemon pic.twitter.com/SPlx3QZaTC

According to GamesBeat, a spokesperson for The Pokemon Company said: “Yes, we can confirm that is the Pokémon TCG Online iPad app, and it’s coming later this year.”

The Pokemon TCG first made an appearance in 1996, along with the popular video game and anime series. The game was rather popular when it first came out, died down somewhat, and is regaining popularity today.

Nintendo already has a Pokemon Trading Card Game Online for Windows and Mac. Bringing the game to the iPad will bring the game to a much wider mobile device audience, and could enhance the Pokemon TCG’s popularity.

The Japanese video game company could also introduce “microtransactions” into the game, earn some revenue, and rescue its fiscal lost, which reportedly reached a tune of $229 million in 2013.

The introduction of Nintendo’s Pokemon TCG Online for the iPad is more momentous then it seems, because Nintendo has been consistently holding out against moving to developing games for the smartphone market.

“The spread of smartphones does not spell the end of game consoles,” said Nintendo president Satoru Iwata in January.

“Its not that simple, and it doesn’t mean we should put Mario on smartphones.”

If Pokemon TCG Online for the iPad does take off, we might some day be able to play Pokemon or Mario Kart on an iOS device; without resorting to emulators, of course.

Given Pokemon’s broad appeal and popularity, Nintendo’s Pokemon TCG Online for the iPad could even give Blizzard’s popular Hearthstone: Heroes of Warcraft for Mac, PC, and iPad a run for its money.