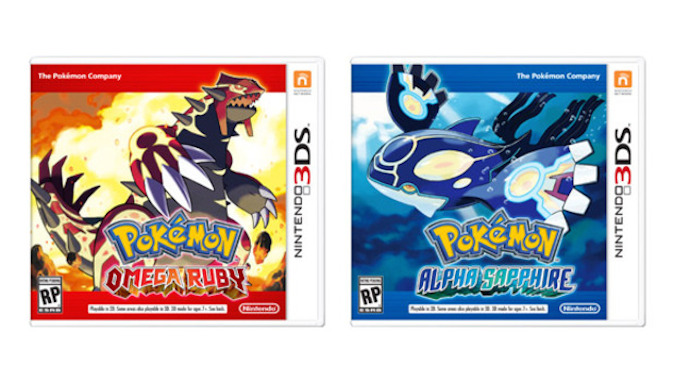 The Pokémon Company International and Nintendo have announced that Pokémon Omega Ruby and Pokémon Alpha Sapphire will launch worldwide in November 2014.

The games will be made exclusively for the Nintendo 3DS systems.

Little detail has been released about the two upcoming games.

As titles of both games suggest, however, Pokémon Omega Ruby and Alpha Sapphire are probably remakes of Pokémon Ruby and Sapphire, which were released for Gameboy Advance in 2003.

Pokémon Ruby and Sapphire is set in the Hoenn region. The region’s Pokémon academic authority, Professor Birch, will offer players the grass-type Treecko, the fire-type Torchic, or the water-type Mudkip to choose as their starter Pokémon.

The story revolves around the legendary Pokémon Groudon (Ruby) and Kyogre (Sapphire), and their impact on Hoenn’s natural environment. Depending on the game version, the player will have to stop Team Aqua or Magma from capturing either Groudon or Kyogre, and in the process, upset the Hoenn’s environmental balance.

Previous remakes of older Pokémon games include Pokémon Fire Red and Leaf Green (2004), and Pokémon Heart Gold and Soul Silver (2010), and these remakes do not deviate greatly from their original storyline.

Pokémon Omega Ruby and Alpha Sapphire could follow the same formula, although in a press release, the Pokemon Company and Nintendo announced that the games will tell a “dramatic story within a spectacular new world.”