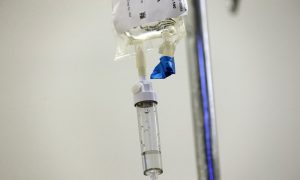 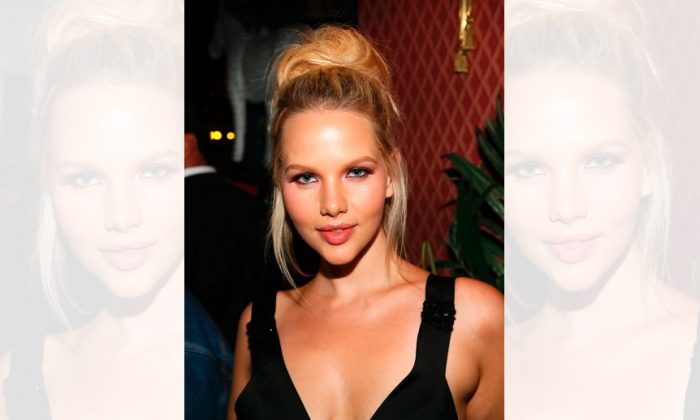 Elly Mayday, a plus-size model and body positive activist, has died at age 30, following a long struggle with ovarian cancer.

The family of Mayday—whose given name was Ashley Luther—announced on her social media accounts that she had died on March 1, nearly six years after she was first diagnosed with the disease.

“Ashley was a country girl at heart who had a passion for life that was undeniable,” her family wrote. “She dreamed of making an impact on people’s lives. She achieved this through the creation of Elly Mayday, which allowed her to connect with all of you. Her constant support and love from her followers held a special place in her heart.”

…And just like that Im back in the hospital. I was admitted immediately after my flight yesterday and it is all hands on deck. Sorting out the pain is top priority. How can anyone think straight when in pain? They can’t. I’m already so relieved to be here. I’ve missed all my wonderful nurses and even though it’s not the greatest of situations, it’s so nice having familiar faces taking care. Just had a cat scan and am waiting to head back to my room. News to come. I wish I could buy all the patients the softest, cuddliest blanket ever. It’s the one thing I need to be happy in here. ☺ what’s the one thing that always makes you happy?!

The Canadian-born star rose to prominence in the modeling industry as one of the first curvy models.

Mayday was diagnosed with stage 3 cancer in 2013, after suffering symptoms including lower-back and stomach pain, bloating, and constant fatigue.

Rather than take her health struggle private, she became an advocate for raising awareness for the disease.

“Not enough people were talking about ovarian cancer, so I just decided to use my personality and use my freedom and willingness to talk about something that’s necessary and to raise awareness,” Mayday told the publication SELF.

The model has more than 94,000 Instagram followers and nearly 500,000 people following her official fan page on Facebook.

Mayday used all platforms to speak openly about her struggles and proudly documented the effects of the disease on her body on social media and in professional shoots.

At the time of her diagnosis, she had two modeling contracts offered to her, and she quit her job as a flight attendant to start working as a professional model.

She saw modeling as an opportunity to help others who are battling ovarian cancer and show them that they are still beautiful.

“I figured that maybe I could help someone going through something similar while continuing on with my own dreams,” she told the Regina Leader-Post in 2016. “I mean, I was going through it either way, why not make it as positive as possible?”

She proudly showed off the cancer surgery scars on her stomach.

“This may not be an image you’re used to seeing,” she wrote. “Most moms-to-be post photos like this, in admiration of the little bundle on its way. I’m posting this for what’s inside too … but in a different sense. This was my 5th operation for Ovarian Cancer.”

This may not be the an image you’re use to seeing. Most moms-to-be post photos like this, in admiration of the little bundle on its way. I’m posting this for what’s inside too…but in a different sense. This was my 5th operation for Ovarian Cancer. I’ve been through more pain than most 28yr olds, but I am still whole. I’ve chosen to not let this disease define or deter me. I have love for my body, its strength and for what it has taught me. I’ll do everything in my power to heal, and I have faith it will do its part. I want to teach you all the things I’ve learned, how strong, beautiful and capable the body is. Most importantly, I want to show you how you are #stillbeautiful through the things life hands us. ❤ So, let’s turn these scars into #beautymarks

“I want to teach you all the things I’ve learned, how strong, beautiful and capable the body is,” she wrote. “Most importantly, I want to show you how you are #stillbeautiful through the things life hands us.”

After believing that she had beaten cancer, Mayday suffered a relapse in 2017, and she continued to post about her experience.

When she lost her hair to chemotherapy in August 2018, she took to media to “show women that bald is beautiful.”

“Our beauty comes out if we accept the changes we must face and allow ourselves to just embrace our differences,” she wrote. “My beauty doesn’t come from my hair, no, my beauty comes from within.”

“I’m excited to have another opportunity to show women that bald is beautiful. It’s something I’ve learned and my experience is what I share with all of you,” she continued.

* sorry had to delete and repost* Let’s chat about the hair for a moment, shall we? I actually wasn’t suppose to lose my hair from the type of chemo I was given. There was a slight chance but it was a reassuring thing when told what mixture I’d be on. After 2 weeks I started to notice it come out in my brush. I thought, ah its cause I’m sitting in one spot, I’m not brushing it much, yada yada… Then it really wouldn’t stop. It was annoying, I was tying it up and it would come out with the tie. So I just got rid of it. I’m not upset. I am excited to see how it comes back. I’m also happy to have this second opportunity to show women they can beautiful without hair. All that beauty we hold in our heart comes out through in our eyes, our smiles, the glow of our skin and the way we speak. Our beauty comes out if we accept the changes we must face and allow ourselves to just embrace our differences. My beauty doesn’t come from my hair, no, my beauty comes from within. I’m excited to have another opportunity to show women that bald is beautiful. It’s something I’ve learned and my experience is what I share with all of you. That’s my gift. So bring on the photo shoots, the wigs, the fun. I’m gonna be a cute baldy once again 😍 I’m Particularly excited for a nice curly mullet that I’ll grow. Ahahah #bald #shorthair #buzzcut #buzzed #chemo #baldgirl #shorthair #chemotherapy #ellymayday #nohairdontcare #nohair #buzz #hairloss #baldgirl #baldgirlsrock

In announcing her death, Mayday’s family encouraged her fans to share their “positive thoughts and memories” in the post’s comments section.

“This has hit me hard. Ashley who is 20 years younger than me, got ovarian cancer just 3 months before I did,” one person wrote. “She had the strength to go public with her story and journey and she became a role model, model and spokesperson for ovarian cancer awareness.

“I followed her right from the beginning of my own ovarian cancer journey and her positivity and authenticity gave me great strength to face my own challenges.”

“Elly impacted my life more than she will ever know, your beautiful girl saved my life,” someone else explained. “After watching her on a morning program here in Australia I sought that second … third … fourth opinion instead of giving up, I’m now 3yrs in remission and owe that to you Elly.”

According to the American Cancer Society, ovarian cancer ranks fifth overall in cancer deaths among women. It is the deadliest type of cancer of the female reproductive system.