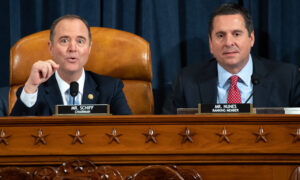 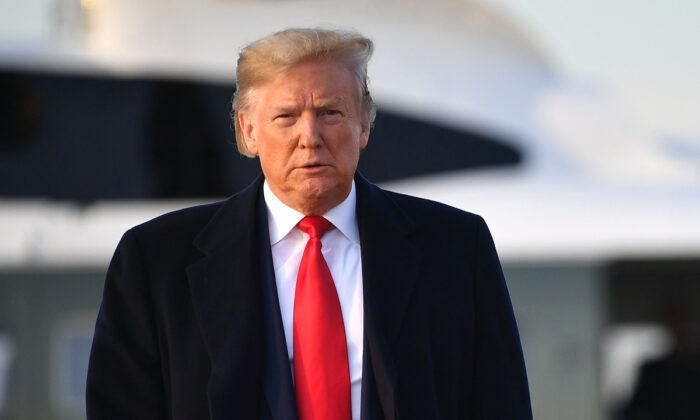 More independent voters oppose the impeachment inquiry against President Donald Trump than those who support it, according to a series of recent polls.

Support or opposition for the inquiry is sharply divided along party lines, with most Democrats in support of the effort and most Republicans opposed to it.

Among independents, though, there are higher levels of opposition than support.

The results of the most recent polls contrast with earlier surveys, which showed high support for the inquiry among independents, indicating the Democratic-led inquiry isn’t going well.

Independents also oppose impeaching Trump and removing him from office, a set of actions that would require a House vote and a conviction in the Republican-held Senate. Across the five most recently released surveys, an average of 46.8 percent of independents said they’re against impeachment and removal from office, versus 41.4 percent support.

Surveys indicate at least 82 percent of Republicans oppose impeachment and removal, a series of events that are supported by about the same percentage of Democrats.

Polls also show that people disapprove of the way House Democrats are handling the inquiry into Trump and a number of Americans are tuning out of the open impeachment hearings.

More than one-third of independent respondents told Reuters and Ipsos (pdf) in a recent poll that they didn’t watch, read, or hear anything about the impeachment hearings. Another 8 percent said they didn’t know.

Four witnesses testified in the open impeachment hearings on Nov. 19, with more slated to testify on Nov. 21 and Nov. 22. Democrats say the hearings have helped build an impeachment case against Trump, including a case of bribery, but Republicans—including a number of GOP senators—have expressed skepticism, arguing the witnesses are expressing personal opinions about Trump’s foreign policy, which the president is in charge of setting.