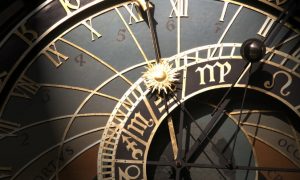 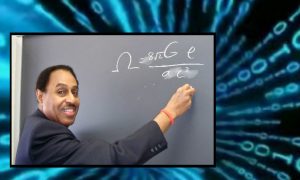 Time Travel Is Possible: How to Send a Message to the Past
0 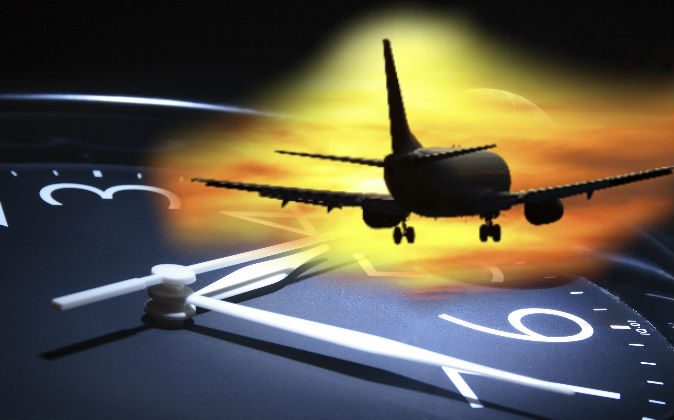 Did a plane hit a bump in time near Washington, D.C.? A file photo of a plane (Chalabala/iStock) Clock (KV Kirillov/iStock)
Beyond Science

About 40 years ago, a passenger plane is said to have vanished as it pulled in for landing at the National Airport (now known as the Ronald Reagan Washington National Airport).

Emergency crews were quickly called in, the assumption being that the plane had somehow gone off course and perhaps crashed near the airport. As emergency vehicles gathered on the runway where the plane was last seen, it reappeared overhead.

Ten minutes had passed, and the plane reappeared in the precise location it had vanished. The clocks on the plane, including passengers’ watches, were all 10 minutes behind. To the people on the plane, those 10 minutes had never passed. As they looked out on the runway while the plane made its descent, it seemed to them that a group of emergency vehicles appeared out of thin air.

This purported incident was investigated by Martin Caidin (1927–1997). Caidin was an aviation and aeronautics expert who was often consulted by NASA for his extensive knowledge of the space agency’s history. He was also a science fiction writer; one of his most famous works was “Cyborg,” which was later adapted for television as “The Six Million Dollar Man.”

Men in suits—not “men in black,” he said with a laugh, but men in suits—quickly filed onto the runway, boarded the plane, and took control of the situation.

Before his death, Caidin shared unpublished details of his investigation with parapsychology expert Loyd Auerbach. Auerbach told Epoch Times that men in suits—not “men in black,” he said with a laugh, but men in suits—quickly filed onto the runway, boarded the plane, and took control of the situation.

If this time slip really happened, what could be the explanation?

“This idea of time slips, it’s not really paranormal,” Auerbach said. “It would be on a physics level.”

“The whole concept seems to be that time is fluid. We actually don’t even know what time is. We know that time is relative to experience,” he said. For example, changes in velocity and gravity can affect time. Yet this happens under very unusual circumstances and time isn’t affected that much. It would still require much further explanation for a normal event like a plane landing to cause a change in time as significant as 10 minutes.

But physics has at least hinted to us that such explanations may exist, though we haven’t hit on them yet. Caidin had documented another, more subtle time slip, noted Auerbach. An atomic clock stationed on an island, Kwajalein Atoll, became inexplicably out of sync with other atomic clocks by a couple of seconds.

Auerbach has taught some courses on time at JFK University, and has particularly looked at the real possibilities for time travel and time slips. Some theories he has seen related to time slips include gravimetric issues and wormholes. But, he said, wormholes are thought to be microscopic—if they even exist, and we’re not sure yet that they do. So, theories about wormholes are far from explaining the disappearance of an airplane.

What Is Time? What Would the World Be Like Without It?

People all over the world have reported time slips, and the bizarre stories are often dismissed, Auerbach said. “Some of them could be true—and true in a way that is not weird, supernatural, paranormal at all, it’s just a fact of nature.”