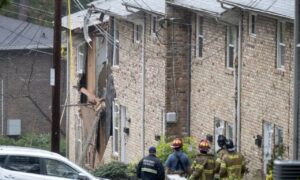 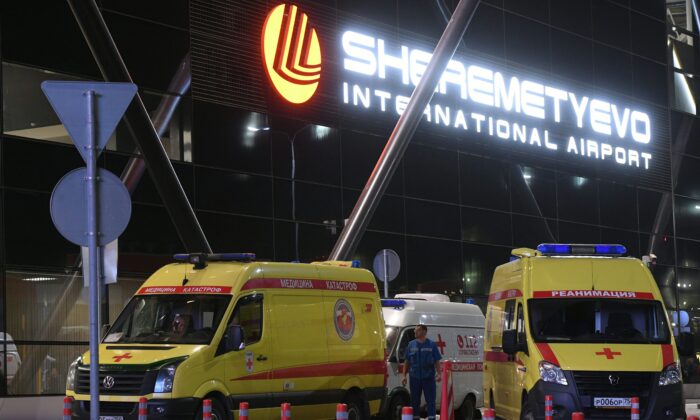 Ambulances are parked in front of the terminal building of the Sheremetyevo Airport outside Moscow after an emergency landing on May 5, 2019. (Kirill Kudryavtsev/AFP via Getty Images)
Europe

A plane bound for the Black Sea resort of Anapa, Russia, was forced to make an emergency landing on Sunday after a pilot allegedly suffered a heart attack.

At 33,000 feet, he became ill and required medical assistance. A flight attendant proceeded to search the aircraft to see if a doctor was on board.

A female passenger told the publication: “A female flight attendant ran through the plane asking if there was a doctor because one of the crew members was feeling unwell.

“Several minutes later, we were told that the aircraft was performing an emergency landing.”

However, after finding no doctor on board the flight, the captain sought an immediate emergency landing at the nearest airport, according to local media reports.

Upon landing at Platov International Airport in Rostov-on-Don, southern Russia, a medical team boarded the aircraft. They were unable to resuscitate the co-pilot, and he was reportedly pronounced dead.

Although the cause of death is still unclear, Russian TASS news agency reported that the co-pilot had suffered a massive heart attack in the cockpit and died sometime during the emergency landing.

An Aeroflot spokesman told TASS: “Unfortunately it was not possible to resuscitate the pilot. He died in the ambulance. We express our sincere condolences to his family and friends.”

A source told Russian news agency RIA Novosti that the co-pilot had earlier complained about having chest pain.

Meanwhile, the Russian Investigative Committee’s southern investigative department said it has launched an investigation into the pilot’s death, and no other passengers or crew members were hurt in the emergency landing, Simple Flying reported.

Pilot deaths during a flight are extremely rare, and pilots must hold a Federal Aviation Administration (FAA) airman and medical certificate in order to fly. According to the FAA regulations, airline pilots must undergo a physical examination every 6 or 12 months depending on their age.