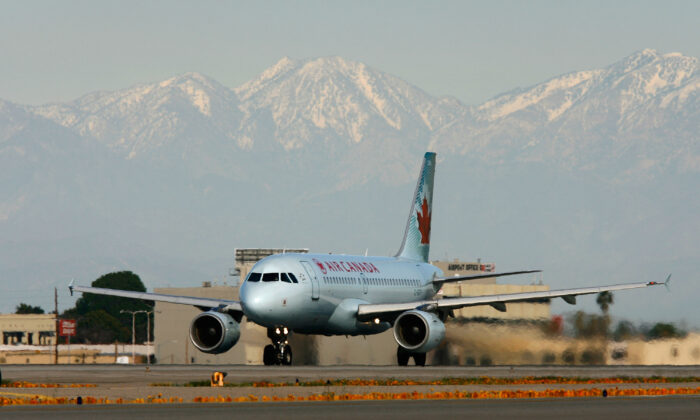 LOS ANGELES—An Air Canada plane blew two tires and had to be towed from a runway at Los Angeles International Airport (LAX) Nov. 29.

The plane, carrying 73 passengers, landed after the pilots believed they were leaking fuel and came to a rest on Runway 24 after its left landing gear failed, KCAL9 reported about 8:15 p.m.

Buses were called to the runway to take the passengers to the terminal. No injuries were reported.

It was not immediately confirmed if the plane was suffering a fuel leak.

No other runways or flights were affected by the stalled plane.

Airport officials were waiting until all passengers were off the plane to tow it off the runway.