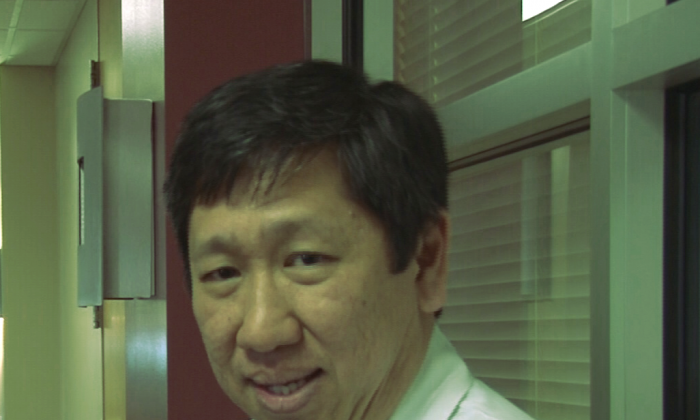 It was thus with great interest that physicians and the public attended a forum held on March 28, at the University of Pittsburgh, which focused on organ transplantation in the world today, and abusive practices in China in particular. The forum was sponsored by the Friends of Falun Gong student club, and was co-sponsored by Doctors Against Forced Organ Harvesting (DAFOH), a medical advocacy group based in Washington, D.C.

Dr. Damon Noto, spokesperson for DAFOH, said, “China continues to be the only country in the world whose government officially condones the practice of organ harvesting from prisoners.” He explained that the standard of the World Health Organization, to which China is a member, is that all organ transplants be traceable and transparent.

In the course of its work, the University of Pittsburgh Medical Center (UPMC) has attracted the interest of transplant surgeons and medical physicians involved with organ transplantation from around the world, including many from China, who come to receive training.

But credible allegations stand that tens of thousands of prisoners of conscience have been killed for their organs in China.

Dr. Dana Churchill, a member of DAFOH and the host for the forum, said that the Thomas E. Starzl Transplantation Institute at UPMC is in a prime position to influence transplant doctors and hospitals around the world, “and to take steps in the right direction to stop these horrific crimes against humanity.”

There were signs at the forum that the Center is willing to listen.

Two world renowned organ transplant surgeons and leaders in the field of transplant medicine at UPMC came to take in the event and later spoke to The Epoch Times and NTD Television, an independent broadcaster based in New York. They indicated that it is well known in the transplant community that the Chinese regime violates medical ethics by using executed prisoners and prisoners of conscience as organ donors.

“I think it is important for physicians in the United States who train people in countries all over the world that we… impress upon them that they have to be maintained at the highest ethical standards as any physician should be,” said Christopher Hughes, M.D., Surgical Director of Liver Transplantation at the Thomas E. Starzl Transplantation Institute, in an interview with NTD Television.

Dr. Hughes said that Chinese visiting surgeons do come to the Center, some for a training program, taking up a fellowship for perhaps two years, and some as a visiting professor or surgeon, where they may stay for weeks or a few months to observe operations. In the former case in particular, Dr. Hughes said, there is an opportunity for the Center to educate trainees in medical ethics.

Dr. Hughes said that based on what he had heard at the forum about atrocities in China, and the questionable source of the organs that Canadian researcher and attorney David Matas spoke about, he would, as part of their training of the Chinese and other visitors, “instill a sense of ethics that goes along with transplanting people.”

He added: “We’ll talk about dialogue and some policies about how to deal with Chinese visitors regarding transplantation.”

The forum reviewed some facts about organ transplantation in China that the Chinese regime has not, after many years and repeated requests, provided a satisfactory answer to. China is engaged heavily in the transplantation business, with over 600 hospitals and 1,700 doctors who perform transplant surgeries in 2007. By comparison, the United States has about 130 hospitals that specialize in liver transplant surgery, and fewer than 244 kidney transplant centers, according to CNN and the National Kidney Center.

China’s organ harvesting program can be divided into two periods. From 1994 to 1999, the state says that 18,500 transplants occurred, and attributes executed prisoners as the main source. From 1999 to 2005, the same number of years, the number of transplants shot to 60,000. Based on the past, one would expect that these years would have 18,500 transplants, but there were 41,500 more. Who, then, were the new organ donors?

The hypothesis put forward by Canadians David Kilgour and David Matas, a former Crown prosecutor and parliamentarian, and human rights lawyer respectively, is that the source was primarily the prison and labor camp population of practitioners of Falun Gong, a Chinese spiritual discipline that has been persecuted since 1999.

China lacks a voluntary organ transplantation system of family donors, making this source of organs (which most countries rely on) minuscule. Together, the voluntary donors and executed prisoners could not account for the dramatic increase in organ transplants during this period.

The speed at which one could obtain an organ in China is also unprecedented. A liver, for example, could at one point be procured at the Shanghai Changzheng Hospital in one week on average. This necessitates a “bank” of live donors, waiting to be harvested.

In their “Bloody Harvest” report (revised in 2007), and later in separate chapters in “State Organs” (2012), Matas and Kilgour break down all the available evidence, both positive and potentially dispositive, and reach the conclusion that at least those 41,500 organs harvested between 1999-2005 must have come from non-consenting Falun Gong practitioners.

Estimates from subsequent years put the total at somewhere over 60,000, and evidence has emerged that other groups, including Uyghurs, Tibetans, and some Christians, have been targeted.

Was this a shocking revelation to the transplant surgeons in the audience of the forum?

“No,” said Dr. Hughes, about the matter generally. “I think that at some point or another, every transplant surgeon in the world has heard of something going on in China.”

“It is interesting to hear more facts and as more facts come out,” he said. “I think more transplant surgeons across the world will be convinced this is really happening and something needs to be done about it.”

“Your presence is well known,” said Henkie Tan, M.D., Ph.D., Assistant Professor of Surgery of the Living Donor Kidney Transplantation Program at the Thomas E. Starzl Transplantation Institute, referring to the sponsors of the forum. “This should never happen anywhere,” he repeated several times in the interview with NTD Television.

“I think the transplant community worldwide needs to wake up and pay attention and begin to put pressure on China for these issues,” Dr. Hughes said.

“Nationally, [China] condones the practice of executed prisoners [as a source of organs]. This would never happen in the United States or the UK, for example,” he said. “Taking organs from prisoners of conscience is mind boggling. We are still shocked that it is still happening.” Dr. Tan performs kidney, pancreas and liver transplants.

Dr. Hughes said he was personally looking forward to engaging in discussions with the Chinese surgeons. Among the questions he plans to ask are: “What is going on? What is your understanding?”

Separately to the forum, DAFOH collected 11,140 signatures in downtown Pittsburgh and at the university over the past two weeks, calling for an end to forced organ harvesting in China.