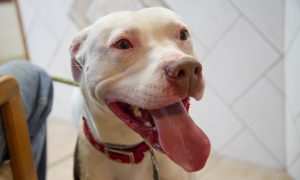 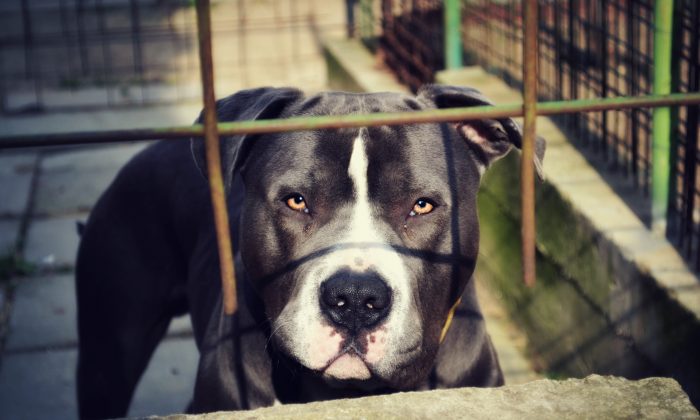 A heroic pit bull helped save a family from a house fire and carried a baby outside in Stockton, California.

“I open it and she runs in and starts barking at me like crazy and I was like, ‘OK, this is weird. This is not like her,'” owner Nana Chaichanhda said, Fox40 reported.

As the fire began to rage on the fourplex, 8-month-old pit bull Sasha banged on the back door.

Chaichanhda noticed the building was on fire and went to the bedroom to get her 7-month-old daughter.

Sasha was with her, she said.

“She had already had my baby by the diaper and was dragging her off the bed,” she told the Fox affiliate. “I was like, ‘Oh my gosh, what are you doing?'”

“My neighbors home was totally destroyed, and the fire was quickly spreading to my unit,” the mother also wrote, CBS News reported. “[Sasha] was trying to warn us of the fire. I got out of bed to see what was going on. At that moment I opened the back door and Sasha ran into our home, straight into our bedroom.”

Overall, she said, “Thanks to Sasha we were able to get out safe and call 911.”

Chaichanhda said that while she lost her home, she is thankful for the dog’s heroics. She hopes it will change people’s perceptions about pit bulls.

“It meant a lot. I owe her everything. If it wasn’t for her, I would have still been in bed and things could have taken a worse turn,” Chaichanhda said.