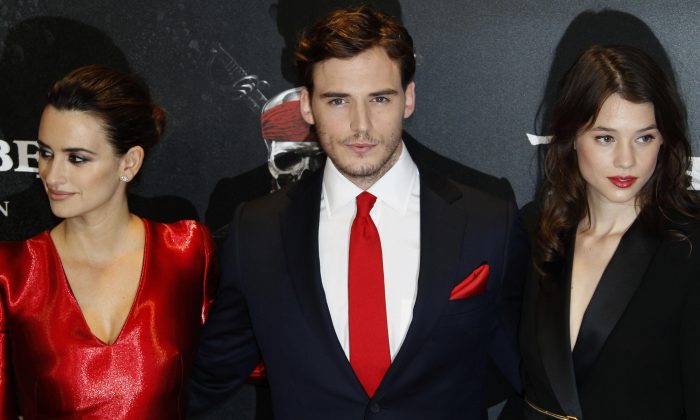 Actors Penelope Cruz, from left, Sam Claflin and Astrid Berges-Frisbey pose during a photocall on the red carpet for the German premiere of Pirates of the Caribbean: On Stranger Tides, southern Germany, on Monday, May 16, 2011. (AP Photo/Matthias Schrader)
Entertainment

Pirates of the Caribbean 5: ‘Dead Men Tell No Tales’ May Start Filming in 2015; Release Date Not Confirmed

Pirates of the Caribbean 5, known as Dead Men Tell No Tales, may start filming in 2015.

Producer Jerry Bruckheimer recently said in an interview with broadcaster WTLV that filming could start as early as January 2015.

“A new adventure from Johnny Depp, Captain Jack,” he said.

“And hopefully we’ll get started after the first of the year, that’s what we’re looking forward to.”

The movie was initially supposed to hit theaters in 2015, but was later postponed to 2016.

Recent comments from Disney chairman Alan Horn cast uncertainty on the fifth addition to the franchise, and Bob Iger of Disney said earlier this year that the film has not been given the greenlight.

“Kon-Tiki” filmmakers Joachim Ronning and Espen Sandberg are still attached to direct it, though.

Johnny Depp movies haven’t done well lately but the actor still has the confidence of Disney, which may move forward with Dead Men Tell No Tales.

Bruckheimer says that the movie could be ready to be released on May 20, 2016.