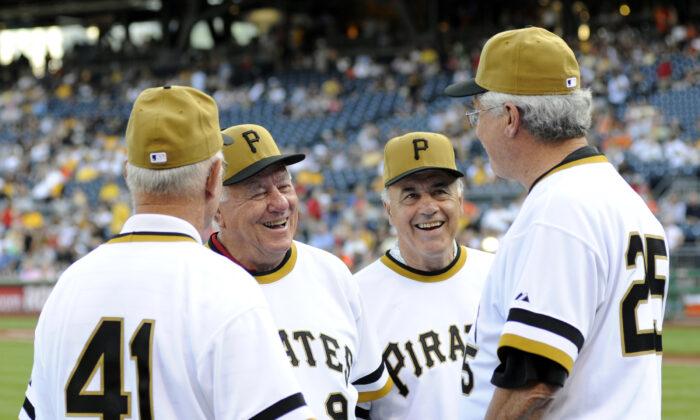 The Pirates confirmed his passing.

“We are also eternally grateful for everything that Bill did representing the Pirates following his playing days not only as a successful manager, but also in helping a countless number of our young players that he so proudly instructed and mentored as a coach and one of our long-time Spring Training guest instructors,” Pirates chairman Bob Nutting said in a news release.

“We send our thoughts and prayers to Bill’s wife of 70 years, Shirley, his children Debbie Virdon Lutes, Linda Virdon Holmes, and Lisa Virdon Brown, along with his seven grandchildren and 13 great-grandchildren.”

Virdon was the 1955 National League Rookie of the Year with the St. Louis Cardinals and helped the Pirates win the 1960 World Series. He won a Gold Glove in 1962.