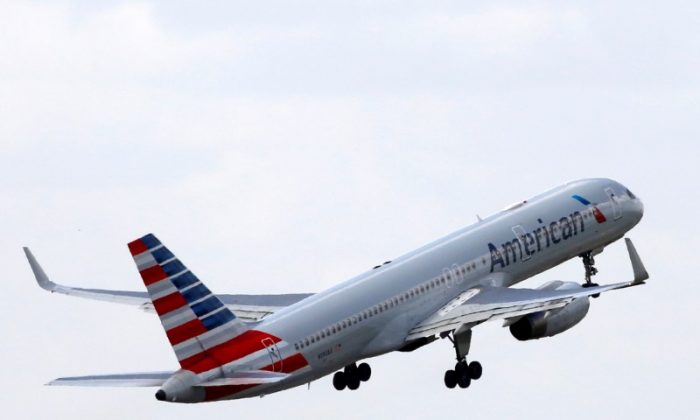 The incident took place in the southern part of the state around 3:30 p.m., between the border with New Mexico and the Sonoran Desert National Monument, which is about 40 miles from Phoenix.

One pilot was flying an American Airlines plane while the other was flying for Phoenix Air.

An audio recording of the calls from the pilots was obtained by The Drive.

The first report came from the pilot of the Phoenix Air Learjet, asking the Albuquerque Center if traffic had passed above them.

The controller replied, “negative,” meaning no aircraft had passed above the jet.

Just a few minutes later, the controller contacted the pilot of the American Airlines plane and asked him to let the controller know if the pilot saw anything “pass over you here in the next 15 miles.”

The pilot replies, puzzled, “If anything passes over us?!”

The controller responded, “Affirmative, we had an aircraft in front of you at 37 [thousand feet] that reported something pass over him and we didn’t have any [radar] targets, so just let me know if you see anything pass over you.”

The Learjet pilot then chimed in, saying, “I don’t know what it was, it wasn’t an airplane but it was–the path was going in the opposite direction.”

A minute late the pilot of American 1095 called in to say, “Yeah something just passed over us, like a–I don’t know what it was, but it was at least two-three thousand feet above us. Yeah, it passed right over the top of us.”

Asked if he could tell if the aircraft that flew above the plane was in motion of just hovering, the Airbus pilot responded, “I couldn’t make it out if it was a balloon or whatnot, but it was just really beaming light or had a big reflection and several thousand feet above us going the opposite direction.”

Another pilot wondered if it was a Google balloon but the American pilot responded, “Doubtful.”

A representative with the Federal Aviation Administration (FAA) said the incident didn’t appear to be written up and the supervisor at Albuquerque Center seemed unaware of the event.

A similar incident in California last October prompted the military to launch USAF F-15s to investigate. The region in Arizona is known for being highly active with military aircraft, noted The Drive.

According to A&E’s “The Lowe Files,” there have been thousands of reports of UFO sightings and alien abductions across Arizona in the past 70 years. KTAR reported that from 2001 to 2015, more than 4,500 reports of UFOs poured in.

A spokeswoman for the FAA told KOB, “We don’t have any comment beyond what you hear.”

She added, “Other than the brief conversation between two aircraft, the controller was unable to verify that any other aircraft was in the area. We have a close working relationship with a number of other agencies and safely handle military aircraft and civilian aircraft of all types in that area every day, including high-altitude weather balloons.”