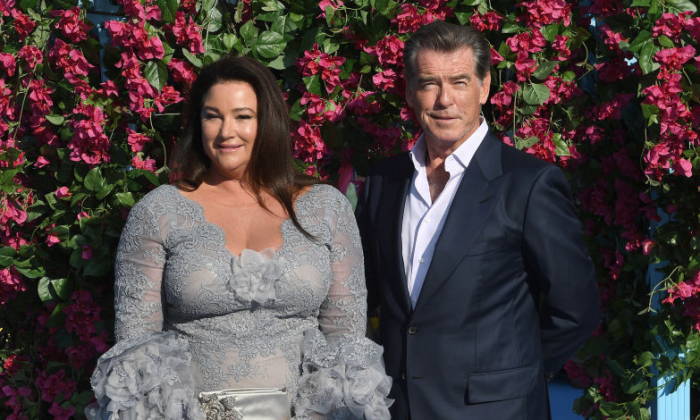 Pierce Brosnan and His Wife Celebrate 25 Sweet Years Together

Brosnan, 65, posted a photo of the couple smiling and looking at each other on instagram with a sweet caption, “Thank you for the love my love of these past 25 years, onwards…” ending the comment with a red rose and heart.

Recently, his family is with him in the United States to promote the sequel of the movie “Mama Mia.” They took and posted some photos together. In one of the photos, his wife Keely, 54, stands closely behind him, holding sunflowers with the caption says, “Hello NYC …it’s Mama Mia time.” Brosnan shows off his singing and dancing talent in this new movie. The Brosnans were in London promoting the film earlier this week.

He told People last year that “spending quality time together is a key ingredient of their happy marriage.” The couple went to Santa Barbara during a recent trip to California and enjoyed each other’s quiet company. They frequently show affection toward each other in front of the cameras at different events. They have been married for 17 years and have two sons: Dylan, 21, and Paris, 17. Both sons have shown up on fashion magazines and Dylan has posed as a model for Burberry and Saint Laurent.