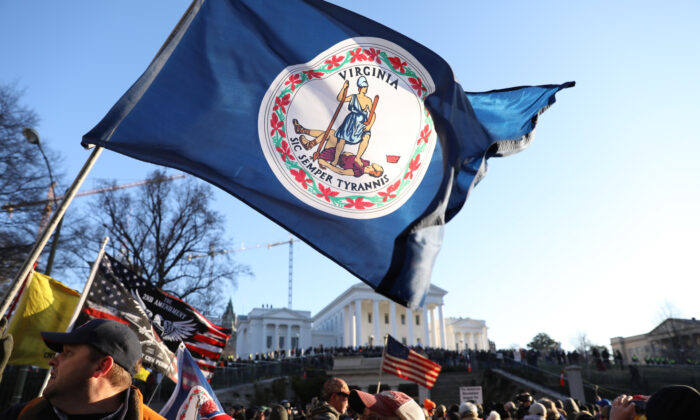 Thousands of gun rights activists have gathered in Virginia’s capitol in Richmond to protest a number of gun control measures that were proposed by the state’s legislature in recent weeks as officials increased security.

The rally has drawn not only thousands of demonstrators but international headlines and even comments from President Donald Trump, who wrote on Twitter Monday that the legislature is “working hard to take away your Second Amendment rights” before urging people to vote for Republicans in November.

Culpeper county sheriff Scott Jenkins speaking now. He repeats that he would deputise citizens to protect their constitutional rights. I spoke with him in an earlier article: https://t.co/dgiuc4T0tT pic.twitter.com/bCyQvXijhn

Virginia Gov. Ralph Northam, a Democrat, declared a state of emergency last week ahead of the planned event, saying there was “credible intelligence from our law enforcement agencies that there are groups with malicious plans for the rally.” He also told reporters that a militia group was aiming to storm the capitol premises, which warranted the need for heightened security.

State officials appeared to erect a security perimeter around the capitol complex and banned weapons in that area, The New York Times reported. Live video footage captured from the scene showed that the majority of demonstrators were behind that security fencing.

“What’s at stake is our gun rights,” one rally-goer said during a live stream. Another said that the Second Amendment is to “keep tyrants in place,” and suggested Gov. Northam was one.

A spokesperson for the Virginia Citizens Defense League, the group that has organized the decades-long Lobby Day event in Richmond, said that Northam “has touched the third rail” and “has motivated people to drive across the state and from other states to come protect our rights” following the emergency declaration.

Dozens of sheriffs across Virginia have said they would declare their counties “Second Amendment sanctuaries” amid the push for legislation. Culpeper County Sheriff Scott Jenkins has gone a step further, saying he would deputize all residents. He again reiterated that statement at the rally.