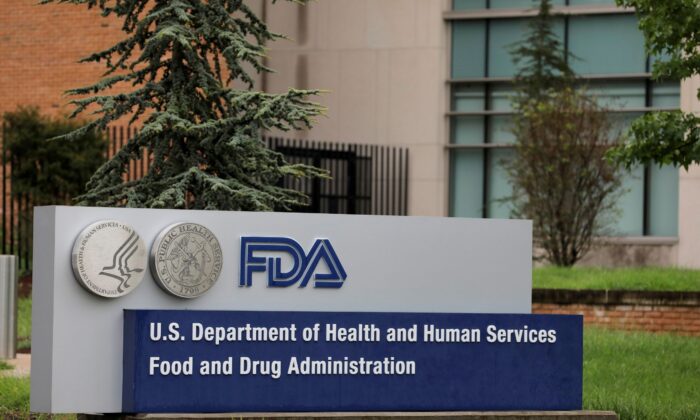 Signage is seen outside of the Food and Drug Administration (FDA) headquarters in White Oak, Md., on Aug. 29, 2020. (Andrew Kelly/Reuters)
Companies

The U.S. Food and Drug Administration (FDA) has asked Philips to conduct more tests on the foam used in its recalled ventilators, after the agency found several new issues at the Dutch company’s manufacturing facility.

The medical equipment company recalled some breathing devices and ventilators in June because of a silicone-based foam part that might degrade and become toxic, potentially causing cancer.

The FDA noted, in a so-called form 483, that between April 2016 and January 2021, Philips was aware of 14 instances of issues related to potential foam degradation with its different sleep and respiratory devices.

Philips, which in September said it will repair and replace the 15 million devices recalled globally, did not immediately respond to a request for comment.

The company has not sufficiently demonstrated that other devices containing this foam should not also be recalled, and its risk analysis was inadequate, the agency said in the form.

The Form 483 lists observations of issues that could lead to potential FDA rule violations.

The agency said the procedures for design change were not adequately established and the design validation did not ensure that the device conforms to defined user needs and intended uses.

The FDA had initially approved a plan that Philips developed, to repair the foam in the recalled devices with a different silicone-based foam.

But that was before the agency found new information during its manufacturing facility inspection, which showed that the silicone-based foam used in a singular, similar device marketed outside the United States had failed a safety test for the release of certain chemicals of concern, called volatile organic compounds (VOCs).

The FDA has requested that Philips retain an independent laboratory to perform additional testing to determine what, if any, potential safety risks may be posed to patients by the silicone-based foam.